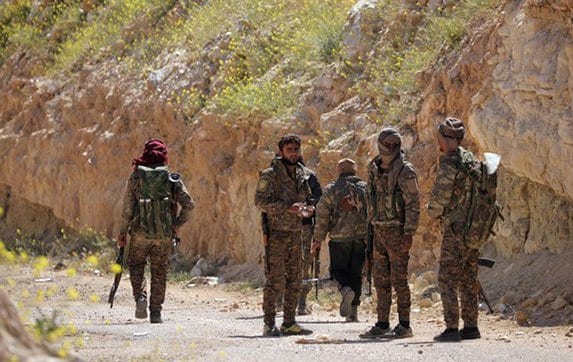 US-backed fighters in eastern Syria have declared their final victory over ISIS, ending a four-year battle against the group that once held territory spanning a third of Syria and Iraq.

An official of the Syrian Democratic Forces (SDF) announced the defeat of the Islamic State of Iraq and the Levant (ISIL/ Deash/ ISIS) group via Twitter on Saturday.

Mustafa Bali said the SDF was declaring the “100% territorial defeat” of ISIS.

The extremist and its self-declared “caliphate” once spanned a third of Iraq and Syria. controlling 88,000 sq km (34,000 sq miles) of land stretching across Syria and Iraq.

Despite the loss of territory, the group is still seen as a major security threat capable of mounting attacks in the region and worldwide.

Though the defeat to ISIS has been claimed the group’s grip over Syria and Iraq that it declared in 2014, remains a threat.

Some of ISIS fighters still hold out in Syria’s remote central desert and in Iraqi cities. They have been forced to hide in the shadows, staging sudden shootings or kidnappings and opportunity to rise again.