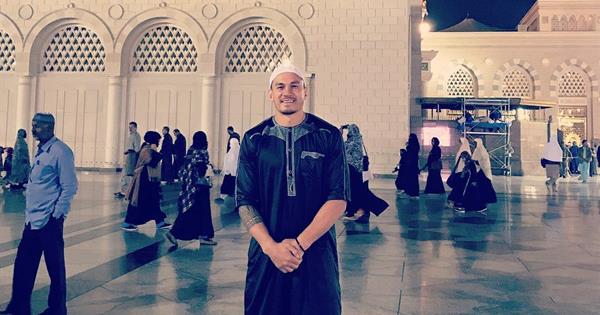 Sonny is not alone in showing his support for the Christchurch community, This incident seems to have brought the New Zealand community together.

New Zealand’s All Black’s star Sonny Bill Williams, the captain for the Blues, rugby union team based in Auckland, has taken a week off rugby to support the victims of Christchurch terror attacks.

The proud Muslim, who was profoundly affected by the acts of terrorism in Christchurch last Friday, will travel to the city in order to fundraise for and offer his support to the grieving community.

On Friday afternoon, the New Zealand community fell victim to one its darkest days, when an Australian born terrorist took a local Mosque and shot dead 50 people and injuring a further 40.

My heart is hurting about the news coming out of Christchurch. Sending love & prayers to the effected families❤️😢 pic.twitter.com/7PX9wc56b8

Williams recently posted an emotional video on social media during which he was in tears and his decision to travel south rather than continue training in Auckland will receive the full support of his franchise, who cancelled a planned media session today due to the atrocities committed in Christchurch.

He posted a message on twitter saying “Thank you, everyone, for your kind hearts,” Williams posted recently on social media. “We will be in Christchurch later in the week to show love and give donations to the Christchurch Masjids [places of prayer], for the people affected in this tragedy. My heart is heavy, please don’t stop showing your support.”

Williams’ arrival in Christchurch will be significant on many levels, not least because the former Crusaders player lived in the city during the earthquakes of 2010 and 2011. So he knows only too well what the community went through during those difficult times.

Heroes from Christchurch – How ‘Immigrants’ stood up to Terrorism

The 33-year-old midfielder and father of three admits he has matured significantly as a person and a leader while at the Blues over the past couple of years and his influence during his team’s 28-20 victory over the Sunwolves at North Harbour last week was hailed by his coaches and teammates alike.

Since he became a Muslim he has often stated that rugby isn’t the most important thing in his life and here it is proof positive.

Sonny is not alone in showing his support for the Christchurch community, This incident seems to have brought the New Zealand community together.

Incredibly emotional display of the famous #NewZealand Haka performed to honor the victims of the #NewZealandMosqueAttack pic.twitter.com/v66ACLq7Fx

The way New Zealand has come together after the recent mosque attacks is truly inspirational.