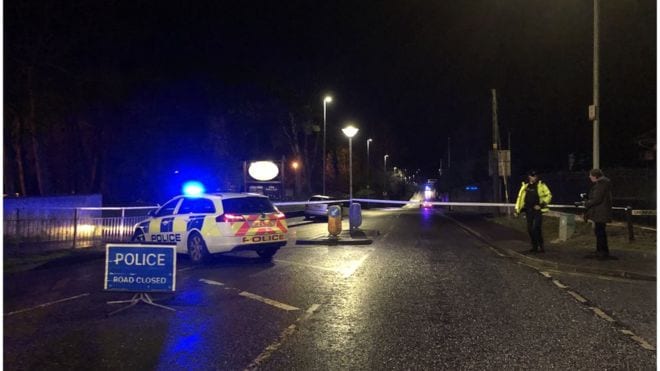 Panic for parents as they rushed to the scene

Paramedics, doctors and five emergency crews were immediately dispatched to the venue at around 21:30 GMT. The hotel was hosting a party for young people to celebrate St Patrick’s Day.

Just after midnight the police confirmed the deaths of two of the people and said another two people were being treated in hospital, one of them who is in critical condition – following the incident at the Hotel in County Tyrone.

Police said that, while the exact circumstances were still unknown, there had been reports of a crush at the scene.

Family members of all four people involved have been informed, the Police Service of Northern Ireland tweeted.

There were distressing scenes at the hotel as news started breaking about the deaths and some people who knew those who died broke down in tears at the police cordon.

The Greenvale hotel is situated in Cookstown, in Northern Ireland and is a popular location for hosting local events. It is unclear what caused the deaths and injuries to the young party-goers and the police confirmed that the family of the deceased have been informed.