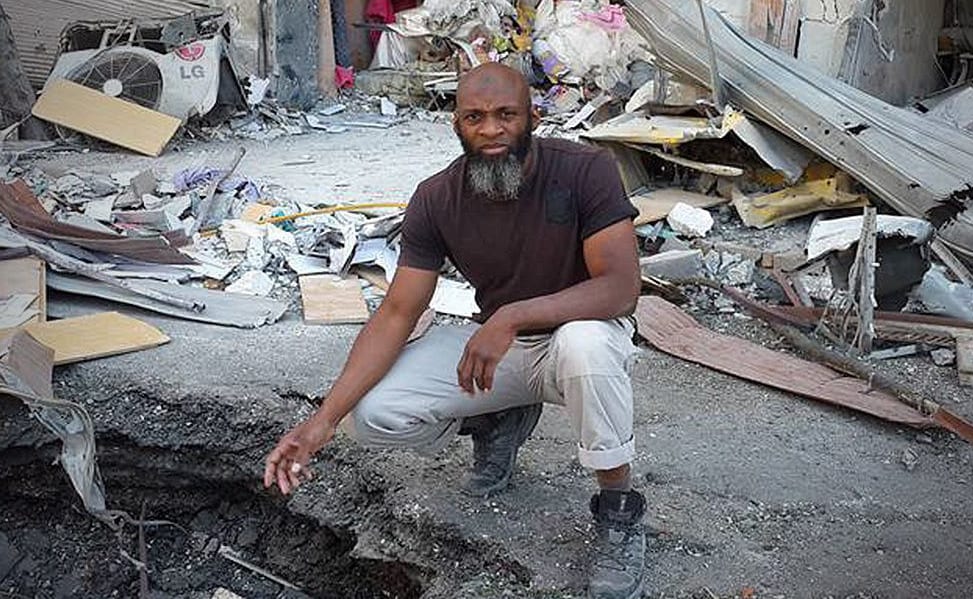 How did he wind up on Obama’s kill list? In a rare one-to-one interview, Kareem talks frankly about his near-death experiences, the war in Syria, a breakdown of the militias inside the country and his views on ISIS/Daesh.

Bilal Abdul Kareem (born Darrell Lamont Phelps) is an American journalist covering the Syrian Civil War. in the past he has worked with CNN, and produces the YouTube channel “On the Ground News”. He believes that he has been placed on the U.S. Kill List.

He recently spoke to WTX Diplomatic Editor Yvonne Ridley at a secret location in Syria. And here is part 2 of his hour-long exclusive interview.

Bilal survived five drone assassination attempts by the US military, which killed random civilians that were present nearby, including two attacks on vehicles he was travelling in. Including the one where the car he was sitting it was blown up by a missile.

How did he wind up on Obama’s kill list? In a rare one-to-one interview, Kareem talks frankly about his near-death experiences, the war in Syria, a breakdown of the militias inside the country and his views on ISIS/Daesh.

It’s a compelling interview and only on WTX News. Follow and subscribe to our news briefing and you’ll get the second and third parts to this exclusive interview delivered to your inbox.