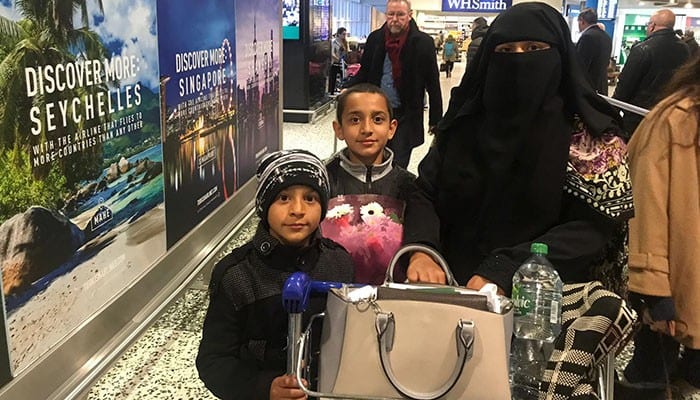 A Pakistani citizen who was diagnosed as terminally ill and denied a life-saving operation whilst being unfit to travel has died.

The father of two died on Thursday afternoon at Birmingham’s Queen Elizabeth Hospital, two weeks after he was reunited with his family.

Naseem Khan, who had left Pakistan for Britain nine years ago, was brought to the hospital before Christmas but was denied life-saving transplant at the time because he didn’t have permission to live in Britain and was so critically ill that doctors told him travelling to Pakistan will be unsafe for him.

Khan was told that he only had a few days to live. He appealed to the British High Commission in Islamabad to grant visas to his family so he could meet them one last time.

He had said in his appeal: “I have no hope left but it is my last wish is to see my sons, aged 9 and 11. My family applied for their visa two weeks ago but have not yet been issued by the British High Commission. Thomas Drew can take a look at my case and help issue visas to my family. ”

Khan suffered from acute organ failure. He had been living in the United Kingdom for nine years but entered the country on a six-month tourist visa and overstayed, doing menial jobs and not being able to regularise his status. Under the Home Office’s immigration rules, only patients with “Indefinite Leave to Remain” are entitled to free medical treatment.

Mr Khan had his dying wish fulfilled last month when his wife and two young sons travelled from his homeland for an emotional reunion at his bedside.

His younger brother Faisal Hanif, from Sparkhill, told how his family has even asked doctors if the operation could be funded privately as their loved one’s health ebbs away.

His appeal extended to include a plea to solicitors and influential people, however, he gracefully, accepted his fate and channelled his pleas towards his family.

He was granted palliative care but was told he will have to foot the £32,000 bill, even though it is likely to be issued after his death.

His brother asked doctors whether the heart transplant could be carried out privately if the money could be raised as a result of supported attracted through the high-profile case.

But he was told regardless of his immigration status he could not have the operation because he is too weak.

His brother said that funeral prayers of Khan will be offered on Friday in Birmingham and the dead body will be flown to Pakistan on the weekend on a PIA flight.

“Nasrullah’s wife and two sons along with other family members will be flying to Pakistan for burial,” he said, adding that the burial will take place in Islamic ceremony is Punjab Pakistan.

My Tweets
We use cookies to help identify your computer so we can tailor your user experience, track shopping basket contents and remember where you are in the order process. WTX News Our Cookie Policy
Lynton Crosby offered to undermine the 2022 Qatar World Cup
Consider me Pakistan’s ambassador to Saudi Arabia – Says Crown Prince
To Top
Weekly