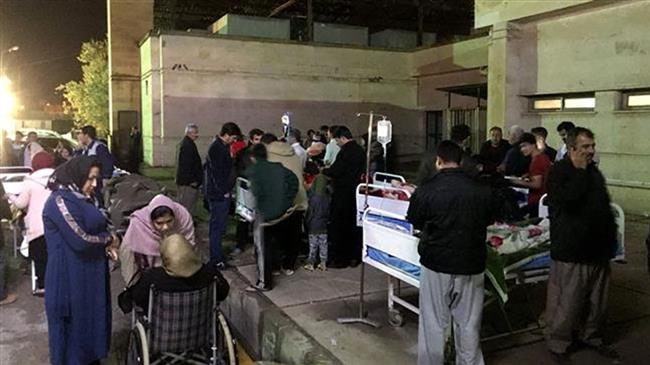 An earthquake with a magnitude of 5.9 on the Richter scale hits near the western Iranian city

An earthquake hit an area in western Iran near the Iraqi border on Sunday, injuring about 42 people, most of them lightly, the state news agency IRNA reported.

The US Geological Survey (USGS) initially put the magnitude of the quake at 5.9 but revised this later to 5.5.

Iran’s emergency services spokesman Mojtaba Khaledi told IRNA that 29 of the injured had been released after treatment following the earthquake in Gilan Gharb in Kermanshah province.

The epicentre of the quake was located at 45.66 degrees longitude and 34.16 degrees latitude.

According to early reports 42 people have been treated as outpatients in three cities of Gilan-e Gharb, Qasr-e Shirin and Sarpol-e Zahab, none of them directly hurt as a result of the earthquake.

The quake was also felt in many nearby provinces while aftershocks are still rattling the area.

Iran sits astride major fault lines and is prone to frequent tremors. In 2003, a 6.6 magnitude quake in southeastern Kerman province killed 31,000 people and flattened the historic city of Bam.