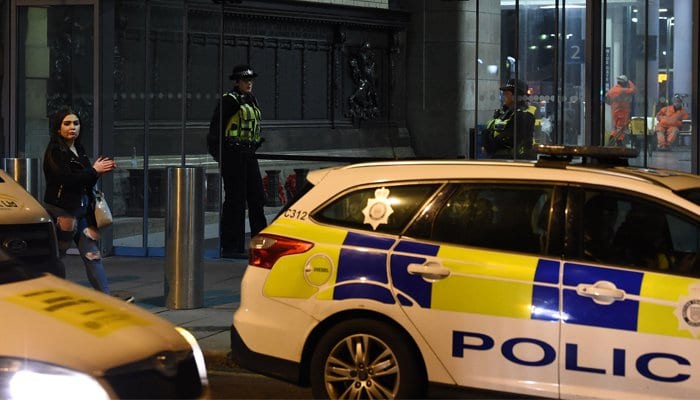 As events unfold following the New Year’s attack at Manchester’s Victoria station, on New Year’s eve suggest the British born attacker was mentally unstable and has been charged under the Mental health act, not as a terrorist.

He was a British born single unstable attacker and not associated with any vigilante groups for the attack that happened at around 8:50 PM (GMT). As the city was preparing to welcome the New Year.

However, the police investigation into a stabbing at a Manchester Victoria railway station on New Year’s Eve which injured three people is being treated as “a terrorist investigation”, the city’s police force said on Tuesday.

The 25-year-old British man who was arrested at the scene on Monday night is now being detained under the mental health law, Greater Manchester Police (GMP) said late Tuesday.

The police used a stun gun and pepper spray before “six or seven” officers jumped on the man. And video footage captured by a BBC journalist who was at the scene of the incident shows him being overpowered by the officers.

The police said he was arrested on suspicion of attempted murder and officers had recovered two knives from the scene.

“(The) man (was) arrested last night … following the incident at Manchester Victoria Station has been assessed by specialist medical staff and detained under the Mental Health Act,” GMP said in a statement.

A man and a woman, both in their 50s, were being treated in the hospital Tuesday after sustaining serious but not life-threatening injuries to their abdomens, while the British Transport Police officer was stabbed in the shoulder, the GMP chief added.

The city’s New Year celebrations went ahead in Albert Square despite the incident, with a firework display taking place as planned, though increased security was brought in.

The Mayor of Manchester advised on the public to remain calm yet vigilant but it has been suggested by various outlets that because the police were able to restrain the attacker without armed police suggest the incident is being investigated and is under control.

He also paid tribute to the injured victims including a police officer and the bravery of Greater Manchester Police.