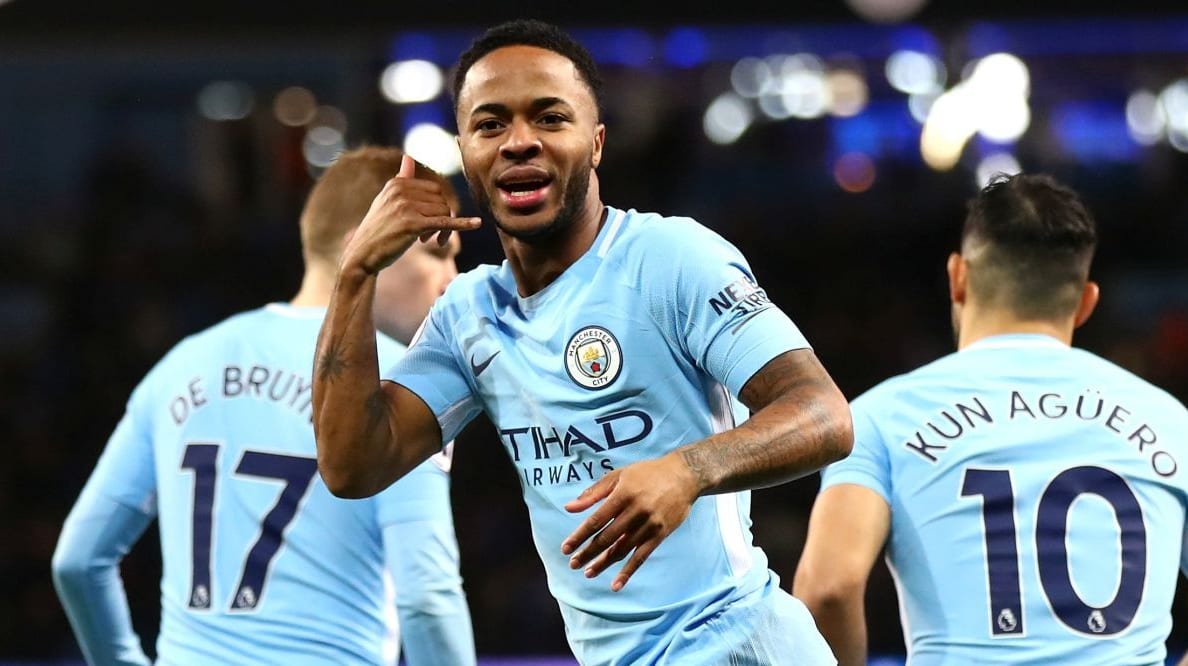 Well done to Manchester City player Raheem Sterling for standing up to racism which he accuses the media of fuelling by the way newspapers portray young black footballers like himself.

The 24-year-old faced a barrage of racist abuse from a minority group of Chelsea fans at Stamford Bridge on Saturday when’s team lost 2-0.

Posting on the social networks, Sterling said that the racist reaction directed at him was rather predictable and while media like the BBC bandy around words like “allege” I’m not going to.

If a young black guy says he is being targeted for racist abuse then why should I use my white privilege to throw in words like “claims” and “allege”?

Suffice to say, Chelsea FC and the Metropolitan Police are taking it seriously and have launched their own investigations. which have the full backing of the Football Association.

To illustrate his concerns at the attitude of some British media outlets, the Man City and England international talks about the headlines created when his team-mates Tosin Adarabioyo and Phil Foden bought property.

Adarabioyo, on loan at West Brom, has apparently bought a £2.25m on a home even though one newspaper states he did this “despite having never started a Premier League match”. Around the same time, there are glowing headlines for Foden who “buys a £2m home for his mum” and is later described as having “set up a future”.

“You have two young players starting out their careers – both play for the same team, both have done the right thing, which is buying a new house for their mothers who have put in a lot of time and love into helping them get where they are,” Sterling said.

Good morning I just want to say , I am not normally the person to talk a lot but when I think I need my point to heard I will speak up. Regarding what was said at the Chelsea game as you can see by my reaction I just had to laugh because I don’t expect no better. For example you have two young players starting out there careers both play for the same team, both have done the right thing. Which is buy a new house for there mothers who have put in a lot of time and love into helping them get where they are, but look how the news papers get there message across for the young black player and then for the young white payer. I think this in unacceptable both innocent have not done a thing wrong but just by the way it has been worded. This young black kid is looked at in a bad light. Which helps fuel racism an aggressive behaviour, so for all the news papers that don’t understand why people are racist in this day and age all i have to say is have a second thought about fair publicity an give all players an equal chance.

And, of course, he is right and the media should sit up and take notice and adjust its reporting immediately. I tend to think if a Jewish person calls out anti-semitism then they pretty much know what they’re describing and feeling since they’re coming from a point of knowledge. In the same way, if a Muslim calls out Islamophobia or a black person accuses individuals or institutes of racism they know what they’re talking about.

As usual Sterling is on target and on goal. We must all call out racism wherever it lurks and treat it seriously until this cancer has been erased from our society.