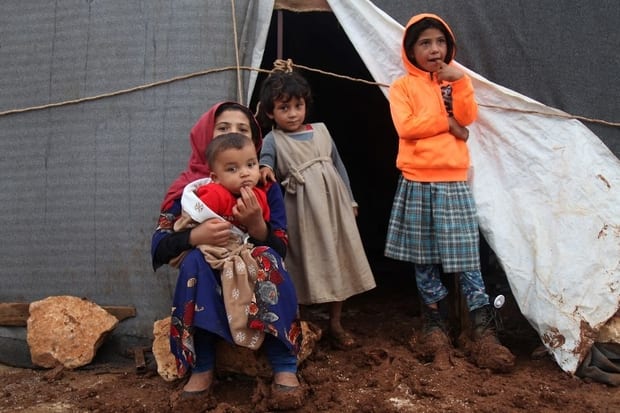 How many different nations are indirectly fighting with each other and using Syria as a battleground, Israel against Iran, Russia against the USA and Turkey against the Kurdish.

With the war into its fifth year and millions of refugees, how many Syrians are left in Syria?

Bombs falling, buildings collapsing and mountains of rubble. Once a developing and forward thinking nation is now a Breeding ground for orphans. The War in Syria is not only one of the bloodiest conflicts in the world today, but it’s also one of the most complex.

What began as civil war has left more than 300,000 people dead and displaced 11.2 million.

It is no longer a battle between those who are for or against President Assad. Russia and the United States are fighting a proxy war through the Syrian army and militant fighters backed by the US and Israeli governments.

Idlib is the last bastion against a Syria without Syrians is a battleground for external forces.

It does not look like it will end anytime soon, marginal victories by opposition parties are cited but a political solution is required. Ironically, the UN Security Council has called for the implementation of the 2012 Geneva Communique, which envisages a transitional governing body “formed on the basis of mutual consent.”  But nine rounds of UN-mediated peace talks – known as the Geneva II process – since 2014 have shown little progress.

How many different nations are indirectly fighting with each other and using Syria as a battleground, Israel against Iran, Russia against the USA and Turkey against the Kurdish.  Meanwhile, cities have been destroyed, communities dissipated and families broken, all from Syrian heritage.