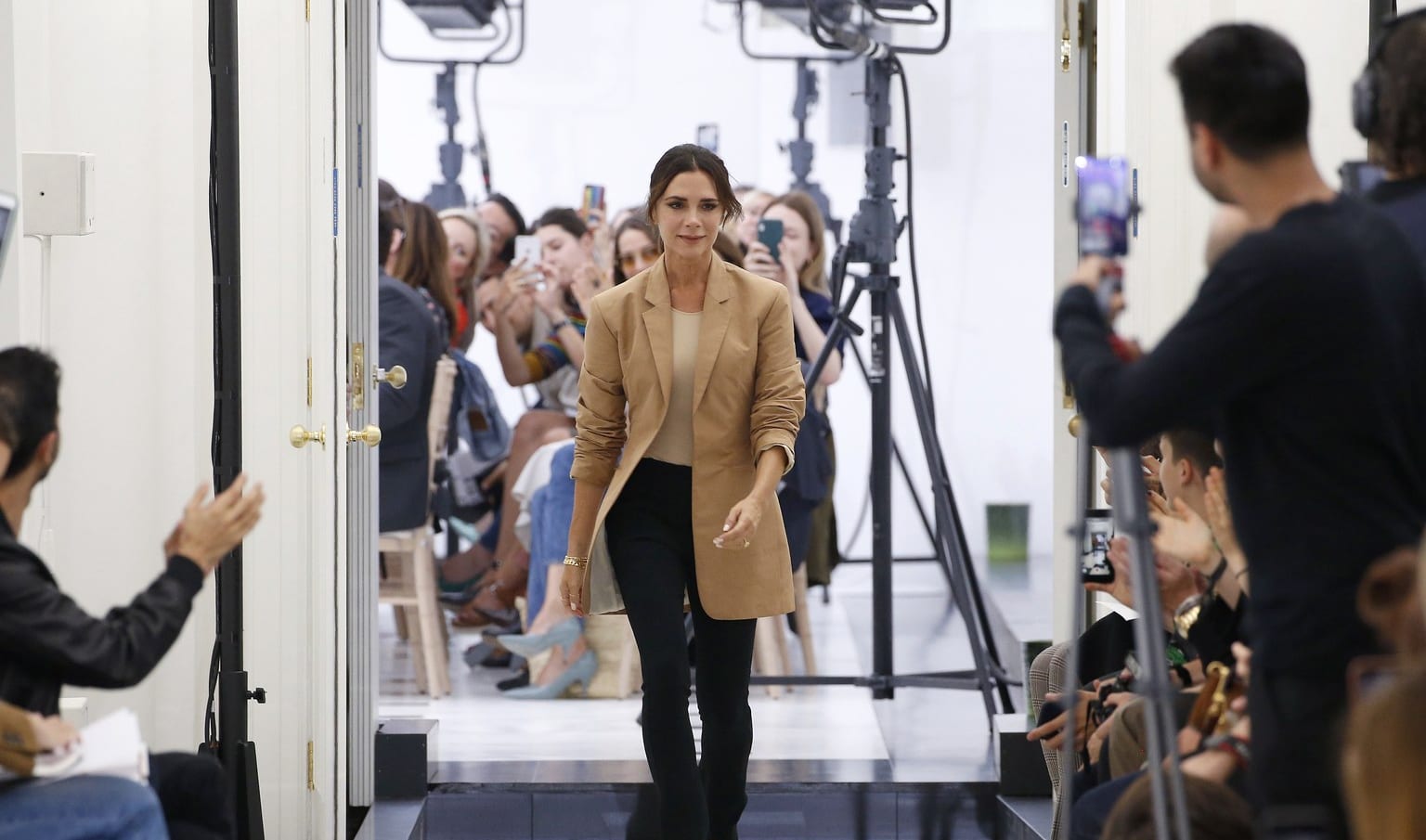 “But I understand why both women would keep this information to themselves for so many years without involving the police. For years, I did the same thing.”

Mum’s the word for Victoria

Remember when Spice Girl mania hit Britain? Everyone had their favourite and mine was Scary aka Melanie Brown.

I first met her and the rest of the Spice Girls when they were signed by Virgin Records and went on to spend a really enjoyable day with Scary, Sporty, Baby, Ginger and Posh.

Since then I watched the girls release their debut single Wannabe in 1996 which went on to hit number one in 37 countries. They went their separate ways with varying degree of success and failures in life, love and marriage.

Just a few days ago she saw her first collection shown at London Fashion Week ten years after launching her label and I was delighted to see her family was in the front row for the debut.

David Beckham declared he was “so proud” of his wife, who hugged and kissed her four children at the end of the show while teen Romeo, 16, took to the social networks to show he wasn’t afraid to show his love for his mum.

In recent years I’ve really warmed to Victoria Beckham and view her as an excellent role model for girls. She’s managed to retain her own identity despite marrying one of the world’s most famous soccer stars. She’s raised a gaggle of kids and launched her own fashion brand.

But amid all the highs and lows that life has thrown at her she has remained loyal to the concept of family first and this was confirmed during the launch of her collection as they all took front row seats.

I see the London mayor Sadiq Khan has called for a second EU referendum, criticising the government’s handling of Brexit negotiations with the EU.

Well, living in Scotland where we are a nation of remainers, I can fully understand his concern and might even agree with him – but with a caveat thrown in … if there is a second referendum then we in Scotland should be allowed to vote on a second independence referendum at the same time.

Are Tories sucking up to Hungary over Brexit?

On the subject of Europe I was delighted to see the European Parliament vote to take unprecedented disciplinary action against Hungary over accusations the state has broken the EU’s core values.

While the ultimate sanction – the suspension of Hungary’s voting rights – is not being proposed (more’s the pity) the EU member states will initiate a process which could lead to some form of punishments being made against the increasingly Islamophobic position adopted by Hungary.

Does the EU really want to keep Hungary in the ‘family’ when its popular leader expresses such repugnant views?

Are Tories sucking up to Hungary over Brexit?

I for one will be celebrating the final episode of Big Brother after the reality TV show’s makers announced that the show is ending for good after the 19th series which launched on Friday. Channel 5 also confirmed Celebrity Big Brother would be axed as well.

When it first hit our screens in 2000 I was shocked and switched off. Why on earth would anyone find watching a group of self-obsessed, dysfunctional adults misbehaving entertainment? I was wrong at the time but glad to see 19 series later that there is an end in sight. What a relief!

I’m not sure whether to congratulate Grace Jones of Worcestershire on her latest title or not because on Sunday she became Britain’s oldest person when she reached the age of 112. She’s lived through the reign of four kings and two queens, 20 prime ministers, one England World Cup victory, two world wars and three London Olympics.

US television host Padma Lakshmi has explained why she kept silent after being raped at the age of 16.

And this sums it up nicely ….

.@PadmaLakshmi it is strange, right? That we haven’t thought about that moment for so long and now in a matter of a week names are being said, photos are being seen, questions are being asked, pain is coming up, but most of all, power. Communication. Family. Love. Thank you sis.

In a piece for the New York Times, Lakshmi, 48, says she was raped on New Year’s Eve by her boyfriend.

“But I understand why both women would keep this information to themselves for so many years without involving the police. For years, I did the same thing.”

But she said she began to feel the attack was her fault, and that she understands why women might not disclose sexual assaults.