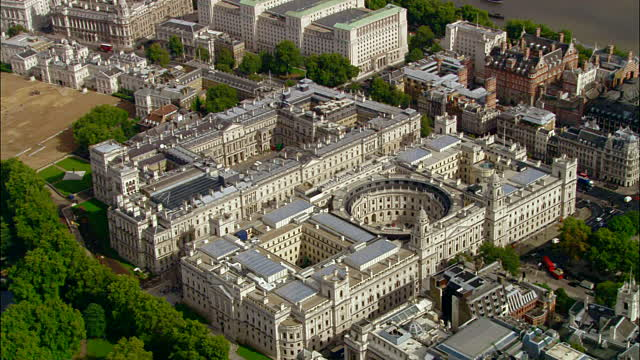 The Whitehall farce between Russia and Britain is like watching a circus bear riding a Penny Farthing, says Yvonne Ridley

Bring curtain down on Whitehall farce

I am watching with growing despondency the farce that pretends to be diplomacy between Britain and Russia and frankly I don’t know who is worse.

Russia is playing the UK for a fool, no doubt thanks to the bumbling idiot that is Boris Johnson, our Foreign Secretary, who shows all the grace and linguistic skills of a circus bear riding a Penny Farthing. Seasoned diplomat he is not.

His bluff and bluster makes him a laughing stock overseas and meanwhile the Russians are taking us all for fools as it is blindingly obvious that if they didn’t plant the nerve poisoning agent then their intelligence damn well knows who did.

Britain, more than three weeks ago, asked Russia to answer a number of questions relating to the attempted assassinations of former double agent Sergei Skripal and his daughter Yulia. In that time Moscow has been allowed to prevaricate and obfuscate.

The tit-for-tat expulsion of ‘diplomats’ was all rather predictable but now Russian Ambassador Alexander Yakovenko has the cheek to ask for a meeting with Yulia now that she is recovering well from being poisoned by the nerve agent at her home in Salisbury last month.

This is ludicrous but reveals a diversionary tactic by Russia which is acting like a cat playing with a mouse.

Again the harmful legacy of former British Prime Minister Tony Blair and his WMD lies are coming back to haunt so if Theresa May is sitting on irrefutable evidence of Russia’s guilt in this affair she must now put up or shut up.

I’m not quite sure what the answer is – but nor am I paid a fabulous salary and pension by the government to deliver one. But as this drama continues to unravel it is blindingly clear that the Foreign Office is not what it was and the revered position of Foreign Secretary is being undermined by the man himself!

Britain needs to get a grip!

Parents must step up

The astonishing rise in murders – 55 in London alone this year – is down to several factors and all are within our control, so as a nation we should be ashamed.

Firstly we need more police on the beat – it’s something which is called for regularly yet the party traditionally tough on crime and criminals – the Conservatives – has ruthlessly cut back on police budgets and manning with predictable results.

Secondly, as parents, we also need to step up to the plate because I don’t believe there are bad children but there are plenty of bad parents.

Thirdly – this and previous governments has imposed impossible cuts on public facilities such as libraries and local youth clubs. How can our children grow and develop into responsible human beings if they’ve got nothing to do other than hang around street corners and join gangs?

Now I hear the Metropolitan Police are going to make more controversial stop-and-searches under their Section 60 powers which allows an officer to stop someone without needing “reasonable suspicion” that they are involved in crime.

Well here’s something for parents to consider – why don’t you stop and search your own kids first before they go to school. Do you really know what they take in to the classroom? If the answer is “no” then make it your business to find out!

You are not your child’s best friend and never will be, but you are a parent so act like one now before you discover your little prince is really a thug and a danger to others and himself.

Israel’s Defence Minister Avigdor Liberman is not happy with press reports revealing how his armed forces killed more than 30 Palestinians involved in the peaceful resistance protest called the #GreatReturnMarch.
The Palestinians in Gaza have, under international law and with the support of the United Nations, the right to return to their homelands and, as they advanced towards the Apartheid Wall bordering Israel soldiers and snipers under Liberman’s control unleashed their weapons on the men, women and children.
Liberman was outraged by the international criticism that followed, branding it “hypocrisy” and telling journalists there were “no innocent people in Gaza.” I want you to mull over that sentence for a few minutes and substitute the word Gaza for Israel … imagine the outpourings and vilification towards any politician who said such a thing.
According to the Israeli media he said: “It has to be understood that there are no innocent people in Gaza. Everyone is affiliated with Hamas, they are all paid by Hamas, and all the activists trying to challenge us and breach the border are operatives of its military wing.”

A statement from the Defense Ministry issued later on Sunday said: “The defense minister in the interview intended to the word tamim (naive). Any other translation is mistaken.”

Yes, even by Israeli standards it was a shocking thing to say and a few hours later Liberman made his u-turn but I think we all know exactly what Liberman intended to say – he’s a seasoned politician and every word coming out of Tel Aviv is polished, sharpened and delivered with precision. To try and say this was a slip of the tongue is, dare I say, a touch naive?

The courageous White Helmets are a group of around 4,000 volunteers whose sole mission is to search, rescue and save lives from those beleaguered communities targeted and bombed by Syria, Russia and their allies.
These teams risk their lives to save others and out of the hell that is Syria today they are the one shining, bright light whose only motive is clear and distinguished. I was heartbroken by their tweets coming out of Douma this weekend which graphically revealed entire families in shelters gassed to death while hiding in their cellars, suffocated from the poisonous gas.
Yet another red line crossed but the international community is too weak, bitter and divided to do anything constructive to stop these random, brutal attacks. All sides are in denial and wrap themselves in a tissue of lies, misinformation and distortion about what is happening on the ground.
What we do know, thanks to the White Helmets, is that atrocities are being unleashed on innocent, working class civilians abandoned by the international community and members of the hard left who, for some bizarre reason, would rather affiliate themselves with Assad and his privileged, elite than the wretched working classes who are trapped in their homes in eastern Ghouta.
The middle and upper classes have long gone but the penniless working classes left behind have no means of escape and no where to run or even hide from the chemical weapons beings dropped on them today.
https://twitter.com/SyriaCivilDef/status/982727239132418050

Time for Wales to focus on independence

In a previous life I used to be editor of the national Sunday newspaper of Wales and during that time I got to know and love the people. In a time when the newspaper industry was in decline we managed to reverse that trend and during my time as editor put on nearly 23 per cent in circulation.
We even won a UK media award for doing so and I say “we” because a lot of people were involved, not least the readers who were a politically diverse bunch but the one thing that united them all was their love of their country and this was the thrust and focus of our content.
That was back in the early 90s but it has always surprised me why there was such a reluctance to remain within the union. I was reminded of this by a vile piece written by full time bigot and anti-Welsh columnist Rod Liddle. I would urge the good people of Wales to read this piece of vitriol and then ask themselves again: “Do we want independence?”

If you rail about Gaza and not Syria, I have no time for you. Condemning Syria and justifying Gaza is no better. You don’t get to pick and choose which innocent people are okay to kill based on how much you like whoever is killing them.

Twit of the Week goes to the Israeli soldier who thought he could take on a Palestinian tyre and win (I kid you not!)