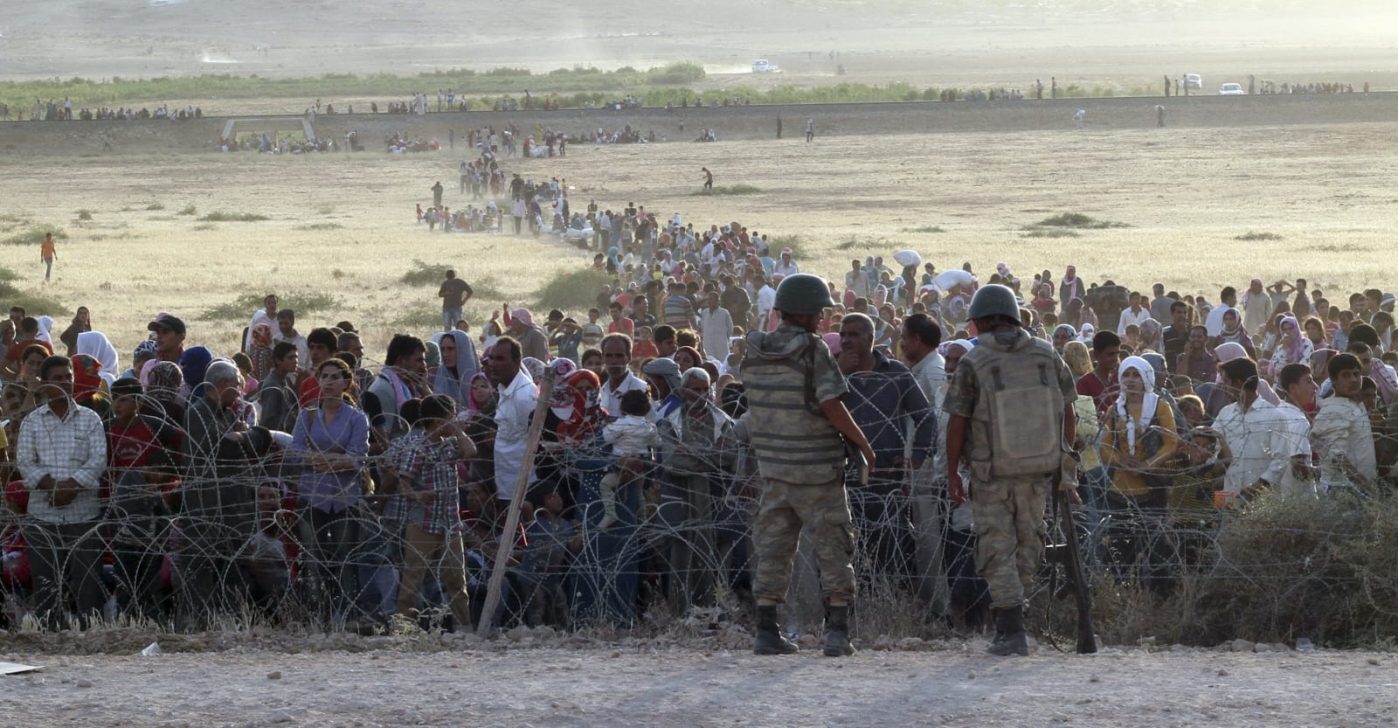 most Syrians chose to live in cities across Turkey and while some of the refugees could afford to rent houses, others had to resort to sleeping rough.

The Syrian Civil War has ravaged that country for the past seven years. So relentless has been its destruction, it is difficult to believe that it was once a beautiful country. Before the war, 23 million people lived in Syria, but now almost half of the population has been displaced, with five million living outside the country as refugees and six million others displaced inside the country.

Furthermore, close to 500,000 people have lost their lives and many more have been injured or disabled. Most of the country is now in ruins, offering a landscape of utter destruction that looks nothing like the country as it was before the war.

When desperate civilians began to run for their lives, four of Syria’s neighbours, Turkey, Lebanon, Jordan and Iraq, generously opened their doors despite their own economic hardships. Today, some 3.5 million Syrians live in Turkey; this represents the largest Syrian population outside of Syria itself. This has been an enormous undertaking for Turkey and it certainly hasn’t been without its challenges, but the results have been commendable. Top-notch refugee camps across the country, praised by leaders like EU President Donald Tusk, are currently housing 250,000 refugees, offering free accommodation, food, education and healthcare services.

However, most Syrians chose to live in cities across Turkey and sure enough, there have been some difficulties. While some of the refugees could afford to rent houses, others had to resort to sleeping rough. Despite these problems, positive developments are outweighing the negative and Turkey’s commitment to helping the refugees is ensuring the sound integration of Syrians into Turkish society. For example, the government has started granting citizenship and 12,000 Syrians have already become Turkish citizens.

Furthermore, Syrians who live outside the camps are entitled to free medical care in state hospitals after they complete their registration process. Additionally, their ‘temporary protection status’ keeps them from deportation. According to the Turkish Minister of Education, close to 600,000 Syrian children have been placed in Turkish schools and are now studying with their Turkish peers.

President Erdogan recently announced that new houses would be built for Syrians so that they would no longer have to live in tent cities or refugee camps. In order to cover these expenses, Turkey has already spent 30 billion US dollars.

However, not all has been well and to the great embarrassment of the majority of Turks, there have been times when this generosity has drawn the ire of some. Even though they are in the minority, some Turks have expressed discontent with how much Syrians are given. Certain circles even tried to spread disinformation with inflammatory accusations intended to rile Turks up against the Syrian population.

However, their attempts have come to nothing and the Turkish police successfully thwarted these criminal attempts. Of course, there have been cases where Syrian refugees were involved in crimes, but people were sensible enough not to blame the entire community for the crimes of a few. After all, only the perpetrator is responsible whenever a crime is committed. And every society has bad apples, just like those thousands of people from every nationality in the prisons of the world who have done similar things. In other words, yes there have been problems, but we will work through them.

Today, Turks live happily with their Syrian guests and have proved that they are friends in need. Of course, our shared religion, our shared history as well as the similarities in our culture and traditions further facilitated this co-existence. As a result, many Syrians have already built themselves new, successful lives; for example, Mazen Almazlum (37) opened a bakery in Izmir and now sells famous Damascus deserts to his Turkish patrons. Necip Dadan (22) studies architecture with 15,000 of his fellow Syrians who study in Turkish universities. Hene Ibo, previously a teacher in Syria, now teaches at a Turkish school in Fatih. These are only a few examples of the thousands of stories of successful integration.

While some Syrians want the war in their country to end so that they can return home, many wish to remain in Turkey and Turkey will leave that decision to them. The ongoing Afrin operation in Syria is important in this respect. Turkey has a terror issue along its border in Syria because the terror groups PKK/PYD/YPG constantly launch attacks against Turkey and kill civilians and soldiers using Afrin as a base.

In order to end this terrorist problem, the Turkish army started a military campaign to purge the area of terrorists. Before the operation started, President Erdogan said that one of the goals was to create a safe zone in Syria to facilitate the return of Syrians should they wish to do so. Therefore, after all the towns and villages are cleared of terrorists and the Turkish army makes the area safe for the people of Syria, Syrians in Turkey can go back and continue their lives there should they so wish.

It should be noted that Lebanon, Jordan and Iraq are also poor countries, but they were no less generous and didn’t turn those people away when they needed help the most.

In Turkey, we knew that our guests would come with their blessings and we witnessed it. Despite the financial repercussions of hosting 3.5 million people, Turkey is stronger today. Contrary to expectations, the Turkish economy did not fall, there was no social explosion due to flaring anger, and there was no bitter division because Syrians came and created a new, different community.

On the contrary, everything is better now. As a matter of fact, the Turkish economy saw a record -high economic growth rate of 11.1% in the third quarter of 2017 and became the fastest growing G-20 country. This is an important indication of its economic strength, especially after the failed coup attempt of 2016. Moreover, it is now a stronger regional player through its renewed and stronger alliances with Russia and Iran.

Turkey offered its help with full awareness of the possible implications. It was very likely that its economy could suffer greatly but Turkey accepted that possibility. However, Turkey did not suffer. In fact, the example of Turkey shows that helping others at the expense of one’s own interests doesn’t necessarily yield negative results. Helping others in their time of need, even if it means risking your own interests, is always a good idea.