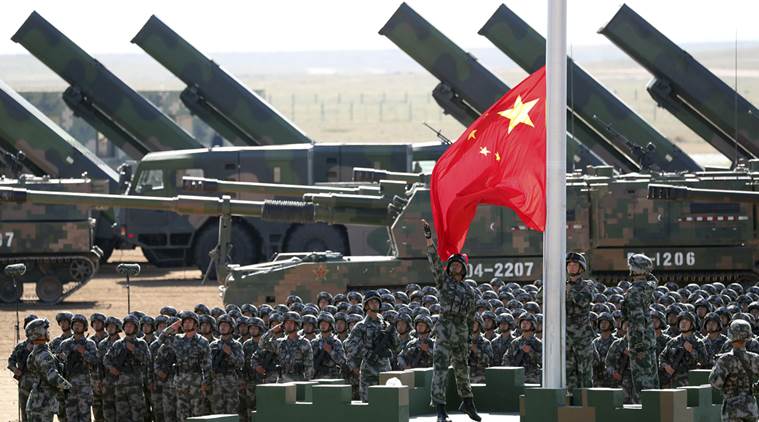 Although it is the world’s largest military, the People’s Liberation Army has been privately unhappy that it got less than double-digit funding increases the past two years

China withheld release of its annual military-spending target during an annual news conference, breaking with a practice that provided a key glimpse into the world’s second-largest defense budget.

China has no desire to overturn the existing international order and its increasingly powerful military does not constitute a threat to others, the spokesman for the country’s ceremonial legislature said on Sunday.

“China proceeds from a defence policy that is defensive in nature. China’s development will not pose a threat to other countries,” Zhang said.

Zhang sought to strike a reassuring tone in remarks at a news conference on the eve of the opening of the National People’s Congress’ annual two-week session. He said China defended and contributed to the current United Nations-centered global order, but also said some reforms were necessary.

“China’s development is conducive to world peace, stability and prosperity,” Zhang said, pointing especially to global economic growth, trade and poverty reduction. “As to the international order, we have no intention of overthrowing everything for starting over again,” Zhang said.

China’s secretive military had begun to open up a crack in recent years, and the NPC spokesman in recent years has made a tradition of responding to a question on the defence budget by announcing the percentage increase over the past years, at least in rough terms.

Last year, China’s military budget rose 7.1 percent to 1.044 trillion yuan, about £115 billion in sterling, the slowest pace since at least 1991. While that’s about one-quarter of U.S. outlay on military, the Stockholm International Peace Research Institute estimates that China’s actual spending is about 55 percent more than the officially stated figures.

Zhang, however, did not address the question of numbers, saying instead that past increases by a “modest margin” had gone to equipment upgrades, training and improving welfare and living conditions for troops. China’s defence spending as a share of GDP and the budget also remains lower than that of other major nations, he said.