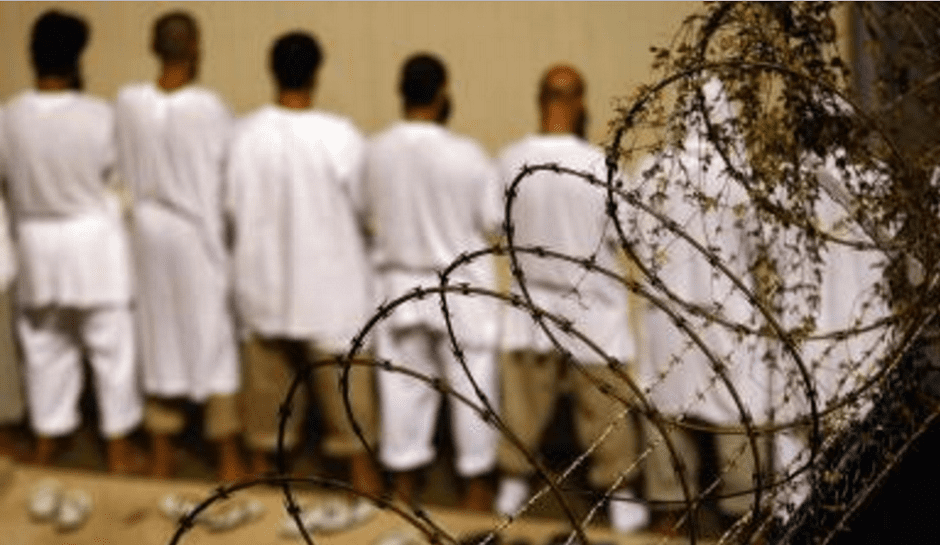 While the trial was concluding into the Muslim-hating van driver who targeted a group in Islamic dress, another trial was taking place which put the British Government in the dock over the treatment of Muslim men who were forced to pray next to a toilet at an immigration removal centre.

This time the venue was the High Court and Mr Justice Holman slammed home secretary Amber Rudd for failing to provide any justification for the practice at the Brook House facility, near Gatwick Airport – operated by the under-fire private company, G4S.

Mr Justice Holman examining the evidence said it was “clearly established” that being forced to worship in such a confined space with an internal lavatory contravened the men’s right to worship under Article 9 of the European Convention on Human Rights. He added the conditions were also discriminatory because they affected Muslims more than people of other religions, due to their prayer requirements.

The court heard that the home secretary had “conceded” that she had not paid “due regard” to the need to eliminate discrimination as she was obliged to do under the Equality Act. Rudd was also ruled to have acted unlawfully in allowing smoking in rooms at the centre. Regulations permitting exemptions to the smoking ban in public places do not extend to immigration removal centres, said the judge.

This particular ruling will be far more troubling for Rudd who must now either phase out smoking from most areas of UK immigration removal centres or get the Health Secretary Jeremy Hunt to agree to introduce new rules allowing it.

All in all it seems the Home Office is running fast and loose with Muslims’ human rights … yet another indictment on Tory Britain which seems bent on acting like a third world dictatorship at times.