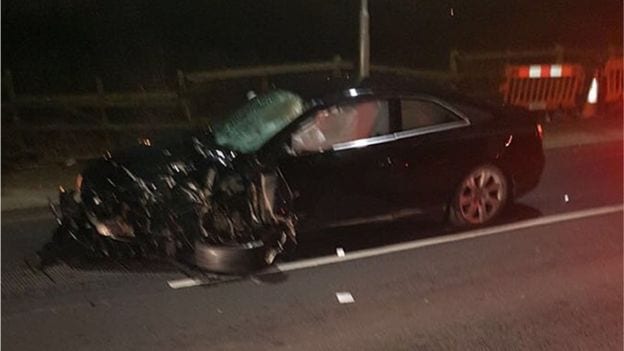 Three teenagers, on their way to a friends 16th birthday party have been killed in a car accident in London Hayes

Three teenage boys were killed in a “horrific” motoring crash when a car hit them as they waited near a bus stop in west London on Friday evening.

The three boys were on their way to a birthday party and were hit by a car in Hayes, West London.

A 28 year old man, who was suspected of being the driver of the Audi A5 car involved in the crash, was arrested on suspicion of causing death by dangerous driving.

Reports suggest he had been detained by members of the public amid the frenzy and panic of the accident. And was taken to the local hospital for treatment before being taken to a north London police station for questioning.

It is believed the Audi was travelling at high speed before it mounted the pavement just outside the entrance and traveled a few yards down the road before hitting a lamp post.

At least one other male is reported to have left the car following the collision.

Police said they were doing everything they could to establish the full facts and trace everybody involved in this tragic accident.

Det Sgt Jane Shaw, from the Met’s serious collision investigation unit, said: “There are horrific circumstances that have resulted in three young people losing their lives.”

She appealed for anyone who saw what happened to contact the police.