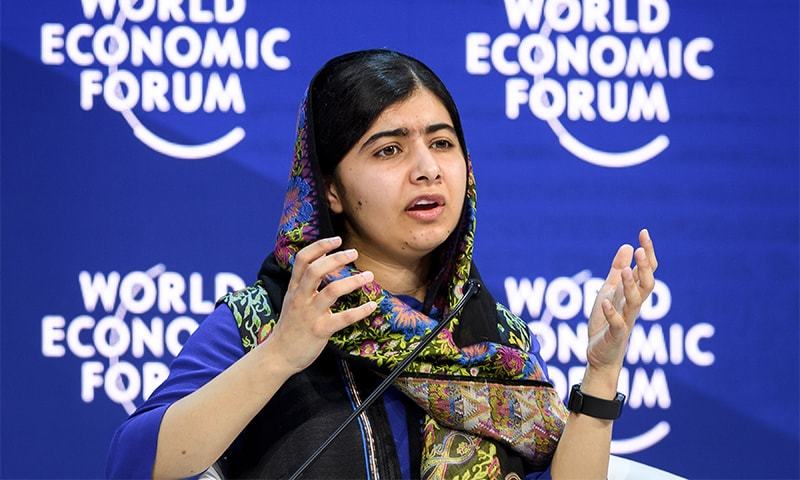 The 20-year-old global education campaigner spoke not long before the arrival in Davos of US President Donald Trump.

Malala Yousafzai, the Pakistani Nobel Laureate urged women to “change the world” without waiting for the help of men, as she addressed an audience of the global elite at the World Economic Forum in Davos.

On Saturday across the US, thousands of demonstrators took to the streets in a Women’s March to mark a year to the day since his inauguration.

The annual Davos conference, which unites the world’s business and political elite, also takes place this year in the shadow of the feminist #MeToo campaign that shook Hollywood and spread across the globe in 2017.

The 20-year-old global education campaigner spoke not long before the arrival in Davos of US President Donald Trump. And in her speech she said “We won’t ask men to change the world, we’re going to do it ourselves,” said Yousafzai.

Malala Yousafzai, who was shot and nearly killed by militants in Pakistan in 2012 for insisting on the right of girls to go to school, and shot to global stardom because of her perseverance in the face of adversity. And despite the awful attack she has vociferously advocated for the education of women.

Winner of the Nobel Peace Prize in 2014, she has continued her campaigning while pursuing her studies at Oxford University.

“Feminism is just another word for equality … and no one will object to equality,” she said. “It is very simple, it’s not as complicated as some people have made it.”