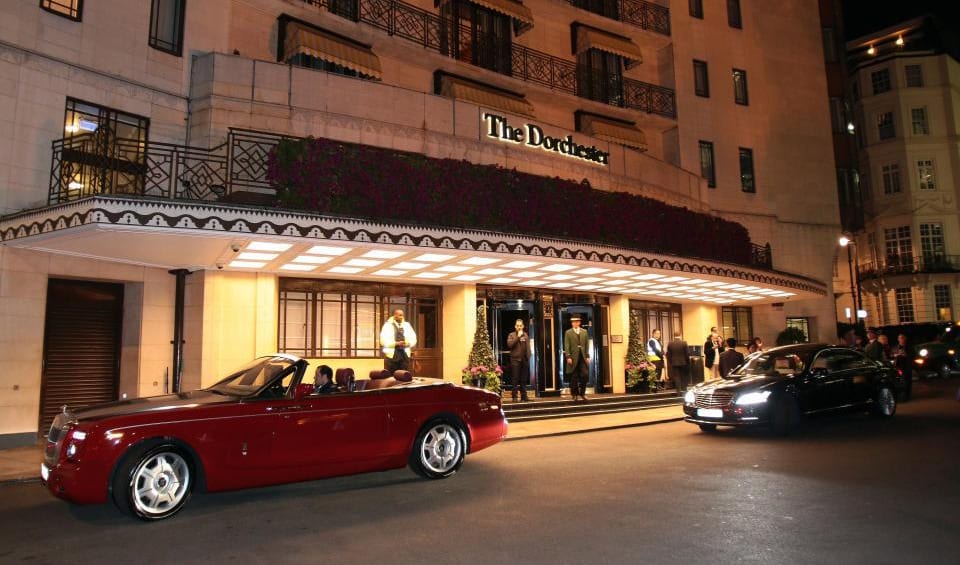 Predictably there’ll be much hand-wringing, excuses and apologies from executives who attended, but it is time to make examples of them #metoo

For one moment today when I woke up, I thought I’d somehow been propelled through time back to the 1950s.

Switching on the radio I was told how around 360 of Britain’s captains of industry, largely white, privileged males, had gone to a posh men-only dinner where some of their number tried to cavort and sexually harass young hostesses.

No bloody wonder there are still so few women in Britain’s boardrooms in the 21st century.

I thought powerful men in powerful positions were no longer behaving badly after the shocking revelations emanating off the back of the #Metoo campaign triggered by greasy Hollywood sex pest Harvey Weinstein.

But now we learn that a group of filthy rich, filthy executive were among those who rocked up to a bawdy men-only charity dinner where hostesses say they were groped and sexually harassed.

Thanks to some smart undercover investigative work by two female Financial Times journalists we now know that given half a chance, some of the men who run the Square Mile are sleaze bags who hold no respect for women.

Disgraced David Meller resigns as MP. Following the expose of the Presidents Club event the client requested photos before they were hired. And were told to wear black nail varnish, sexy black shoes and black underwear.

One of the first casualties is David Mellor who helped organise the event – MPs were told in the House of Commons on Wednesday that he had quit his non-executive job as a board director with the UK Government’s Department for Education. (This Mellor should not be confused with the married ex-Tory Minister David Mellor – whose sleazy affair and bad behaviour with 31-year-old actress, Antonia de Sancha was exposed by media back in 1992).

The lurid details about some of the men from the world of finance, politics and business speak volumes about the corporate shenanigans in London’s financial city.

Since 2011-2017, the number of female boardroom executives in FTSE 100 companies has gone from just 12.5 per cent to 27.7 per cent – a miserly increase of just over 15 percentage points. Now we know why – those who are making the appointments are the sort of men who turned up at the Dorchester for the President’s Club men only bash.

You’d think the days of rich privileged men staring at women’s breasts with their leering, dirty smiles would have long gone but now we know this culture is still alive and kicking in London’s Square Mile.

A few looked at the women present and clearly did not see equals. What they saw were servile, subservient wenches whose role was to wait on these vile ‘Masters of the Universe’.

Event compere David Walliams said he was “appalled” by the claims but had not witnessed anything and tweeted he was there in a “strictly professional capacity” and not as a guest.

The only women at last Thursday’s event were the hired hostesses who were instructed to wear skimpy black outfits with matching underwear and high heels. All were asked to sign a five-page non-disclosure agreement about the event upon arrival at the hotel and were not warned not to take photographs and someone added they might be sexually harassed.

The event has been running for more than three decades and was notorious in the City for the behaviour of some of the men. Late on Wednesday night The Presidents Club Charitable Trust has said it would hold no further fundraising events adding in a statement: “The trustees have decided that the Presidents Club will not host any further fundraising events. Remaining funds will be distributed in an efficient manner to children’s charities and it will then be closed.”

Oh, so that’s OK then? No it is NOT! There is in Britain’s boardrooms clearly a deeply misogynistic culture and if these powerful men are truly sorry they will open up their books so we can see who has the biggest, gender pay gap in the City.

We need to incorporate positive discrimination in the workplace and see that in the Ftse 100 an equal gender share in the boardrooms. While some executives may protest their innocence about the charity event I have to ask them why any British businessman thought it was right and proper to attend a men-only event of this nature in 2018?

This event speaks volumes about the lack of progress for women in London’s Square Mile.

Former Department for Education non-executive board member David Meller has resigned and I think the new education minister Nadhim Zahawi should do the honourable thing and fall on his pikestaff as well!

The full guest list now needs to be published so we can see who was there and hear their excuses. Let’s make these captains of industry squirm like worms on a hook.

Predictably there’ll be much hand-wringing, excuses and apologies from executives who attended but the saddest comment of all has come out of Downing Street where we are told that Theresa May feels “uncomfortable.”

The Number Ten spokesMAN added that it was “an event she wouldn’t be invited to”. Of course she wouldn’t, you fool! That’s the point! It was men only! If May had gone it would have been in black knickers and high heels.

Thankfully Scotland’s First Minister Nicola Sturgeon’s reaction was more appropriate … she tweeted: “This is brave reporting from the FT, exposing behaviour that is outrageous and unacceptable.”

The best reaction of the day came from my mate Nigel who fired off an email to Ocado to inform the company he was dropping them. He wrote: “In light of the fact that Ocado CEO and founder, Tim Steiner, paid for tickets and attended the men-only Presidents Club Dinner last week at the Dorchester Hotel, I am emailing to let you know I will no longer be using your services for supermarket shopping.

“If the CEO of Ocado wittingly pays for tickets to an exclusive and secretive event that does not allow women to attend, yet pays for 130 young women to attend as ‘hostesses’, this speaks volumes about the business ethos of Ocado”. It was quite a lengthy missive and included: “This is 2018 and I refuse to spend one more penny with a company that has a founder and CEO who sees no harm in privileged wealthy men hiring young women as fetishised token trophies. Words cannot express my disgust and utter contempt. Those at the very top of British businesses have a duty to condemn such events not be party and privy to it.”

We need more men like Nigel and less of the vile creatures who on seeing a woman in a skirt think they’ve a God-given right to stick their hands up our hemlines!

And just for the record, I’m a member of the Fawcett Society which revealed earlier this month that the UK is failing women and needs fundamental reform. The report, which is the conclusion of the Fawcett Society’s Sex Discrimination Law Review (SDLR) Panel, also found that violence against women and girls is ‘endemic’ in Britain.

The SDLR Panel was made up of a team of legal experts and chaired by Dame Laura Cox, DBE, a retired High Court Justice. It was set up to review the UK’s sex discrimination laws in response to the risk that long-established rights could be eroded or weakened as a result of Brexit and leaving the EU single market. It might want to reconvene as a matter of urgency now in the wake of the shenanigans at The Dorchester last week.