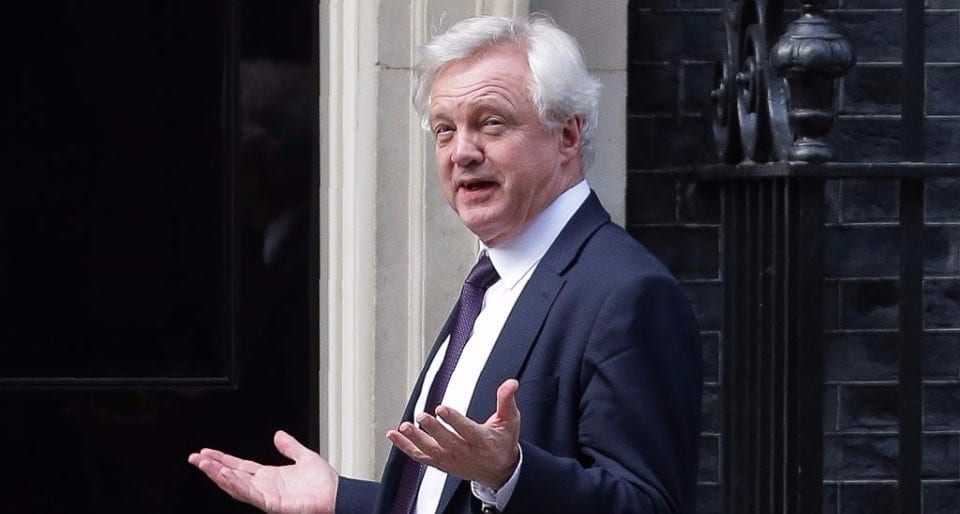 British Bulldog’ Brexit Secretary David Davis appears to have mislead Parliament and the entire nation after admitting the Government has made no formal assessment of the likely financial impact of leaving the European Union.

Please don’t switch off at this point, moaning: “Oh no, not another Brexit story”! This revelation is extremely important for both leavers and remainers alike.

This is the man who promised “excruciating details” of what it would mean to different sectors of business and industry in the UK by quitting the EU. This shocking revelation was revealed to the House of Commons Exiting the EU Committee (yes, that’s its real name).

Read More :Brexit Deal Breakthrough – The PM gets the deal she wanted

Davis was being grilled by a number of MPs on the committee and as attempted to defend his failure to deliver the 58 impact assessments demanded by a parliamentary motion last month, he admitted he could not deliver the information as promised previously.

The man in charge of the UK quitting Europe handed over, instead, 850 pages of heavily-edited details outlining the current position of different parts of the economy. Please remember this is the same man who promised MPs a year ago that his Brexit department was “in the midst of carrying out about 57 sets of analyses” on different parts of the economy. By October this year, he told the Brexit committee that Prime Minister Theresa May had read “summary outcomes” of impact assessments, which he said went into “excruciating detail”.

Yet on Wednesday he admitted to the committee that “no systematic impact assessments” had in fact been carried out.

What this means dear remainers and leavers is that it appears you have been lied to, conned and duped by Davis who said one thing a year ago, promised to deliver in October and now tells the nation today that his department can not deliver a formal assessment on how Brexit will affect the UK economy.

This has not been lost on the Scottish National Party which is moving, as I write, to have contempt of parliament proceedings made against Brexit secretary.

Green Party leader Caroline Lucas summed it up perfectly in a tweet when she said: “This is beyond farcical. Davis is either grossly incompetent, or someone who struggles with the truth and treats MPs with contempt. Either way, he should be out of his job”.

Even committee chairman Hilary Benn was struggling with Davis’ answers on whether any impact assessment had been conducted. Davis said “no” to each Benn question before the shameless Tory cut the Labour MP short, saying: “I think the answer will be no to all of them.”

Instead, Mr Davis said, officials will “at some stage” during the coming second phase of Brexit negotiations, dealing with trade, conduct work to gauge the effects of different possible outcomes such as a free trade agreement with the EU or moving to World Trade Organisation rules.

And he told Mr Benn there was no “formal quantitative” assessment undertaken of the likely impact of leaving the customs union before the Government committed itself to the step. Benn described the decision not to conduct impact assessment as “rather strange” when ministers were hoping within weeks to enter into a fundamental renegotiation of Britain’s trade relations with the rest of Europe.

Only last week Davis was accused by some MPs of contempt of Parliament, after it emerged the information handed over to the committee by his Department for Exiting the EU had been edited.

Another Labour member of the Brexit committee, Seema Malhotra, described the failure to make assessments as “a dereliction of duty” while Liberal Democrat committee member Wera Hobhouse said: “It is unbelievable that these long-trumpeted impact assessments don’t even exist, meaning the Government has no idea what their Brexit plans will do to the country.

“Ministers must now urgently undertake these impact assessments and ensure people are given the facts. Whether it’s through incompetence or insincerity, David Davis has been misleading Parliament from the start.”

So, whether you are a remainer or leaver the truth is that this Tory government is driving us all down a road in a vehicle which has neither brakes nor gears and in the most reckless manner after promising all passengers of their safety. This is unforgivable regardless of which side of the argument you stand.

British Bulldog needs to now prove he’s not an out and out liar and if he can’t then he needs to do the honourable thing and resign!