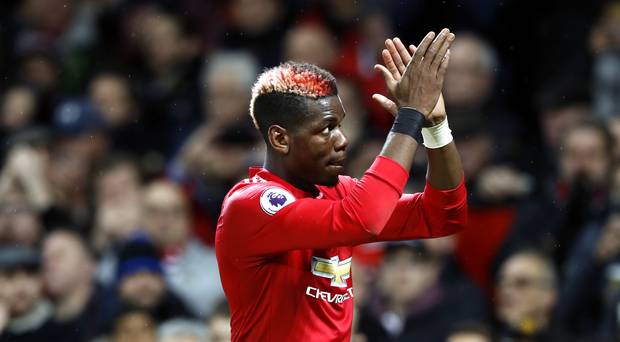 Superstar Manchester United midfielder Paul Pogba used his performance against Newcastle on Saturday afternoons game to highlight the issue of migrants sold into slavery in Libya.

This was the superstars first game since September and Pogba was excellent, capping his return from two months out with the team’s third goal. And he continued his excellence with his Gesture following the third goal with an unusual celebration pose which he later explained on social media. It was an unconventional handcuffed position.

“While very happy to be back, my prayers go to those suffering slavery in Libya. May Allah be by your side and may this cruelty come to an end!”

Last month, news broke internationally, of how auctions across Libya were taking place each month. And how men were being sold for as little as $400.

This raised huge concern amongst global aid workers and charities and The African Union condemned the “despicable” treatment of migrants in Libya brought to light by the report.

The United Nations estimates there are currently 700,000 migrants in Libya, and for years those who have crossed the Mediterranean have shared stories about beatings, kidnapping and enslavement at the hands of brutal smugglers exploiting the escalating crisis.

Thousands fleeing conflict or searching for economic opportunity transit in Libya each year, before attempting the final leg of the journey across the Mediterranean Sea to Europe.

On Saturday, protesters gathered outside the Libyan Embassy in central Paris to denounce the practice and urge authorities to act quickly.

He also shared a similar post on twitter highlighting the very same issue. The Frenchman helped Jose Mourinho’s side to a 4-1 win, claiming an assist and a goal on his way to a man of the match performance.

While very happy to be back, my prayers go to those suffering slavery in #Libya. May Allah be by your side and may this cruelty come to an end! pic.twitter.com/i4hxfX3CiB

Pogba, a French International, who is of Guinean descent has in the past revealed his dream of helping the less fortunate people in Africa and has setup a charity foundation to do just that. #superstar