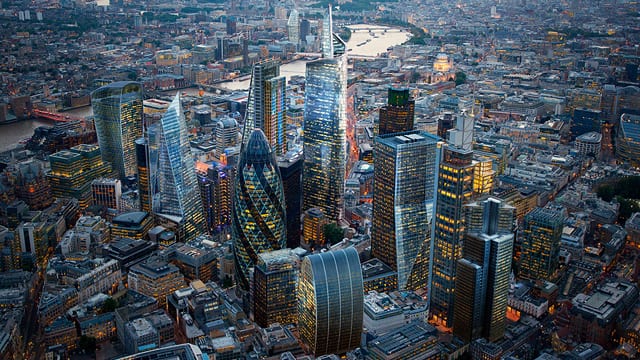 Todays Business Briefing: Good news for the Spanish markets as they have reacted to some form of control in the Catalan region. Hammond faces a struggle with the books & easy jet swoops in for Air Berlin,

The autumn budget is on the horizon and Philip Hammond may have to abandon his target for getting rid of the deficit if he wants to increase spending on public services, The chancellor is between “a rock and a hard place” for his forthcoming Budget on 22 November, the Institute for Fiscal Studies, a think tank says.

He has said he aims to eliminate the budget deficit – the difference between the government’s everyday spending and the money it has coming in – by the middle of the next decade. He is also facing a likely cut in the forecast for productivity growth, and uncertainty around Brexit.

For the three months to the end of September, HSBC reported quarterly profits of $4.6bn (£3.5bn), up 448 per cent from $843m at the same point last year. Operating expenses for the period came in nine per cent lower year-on-year at $25.0bn.

HSBC’s third-quarter profits have jumped as the bank performance has  been boosted by the bank’s cost-cutting programmes, and its increased focus on Asia.

EasyJet has confirmed a €40m (£35m) deal with Air Berlin to buy part of the insolvent German airline’s operations, in a move that will secure 1,000 jobs. The German airline flew its last flights last week, with a  romantic send off by the German airports and passengers. And managed to make a profit on its final few flights. Too little, too late.

EasyJet will buy some of the company’s assets at Berlin Tegel Airport, including landing slots as well as leases for up to 25 A320 aircraft. The UK airline said it plans to take on 1,000 German pilots and cabin crew.

The indebted Air Berlin filed for insolvency in August after its main shareholder Etihad declared it would not be providing further financial support. EasyJet’s share price rose by 1.32% to £12.89.

Spanish Markets rally despite the turbulence and political crisis

Money never sleeps, emotionless and ruthless. As Banks in particular have gained ground. Resulting in Spanish shares rising, despite the political turbulence over Catalonia.  Tensions have been put on ice for a while after Madrid took direct control and a major unionist rally over the weekend.

The benchmark Ibex index is up 1.4%. Analysts say that the markets steadied after a poll indicated that those political parties seeking independence for Catalonia might lose their majority in regional elections due in December.

The Dutch group, which produces Dulux paint maker of Dulux paint, Akzo Nobel, is considering a merger with US paint maker Axalta. If successful the deal would create a giant in the coatings business. Axalta is particularly strong in coatings for trucks.

PetroChina, the first $1 trillion company, has sunk since 2007. The oil producer will report third-quarter earnings on Monday and experts say it will wipe off more off shareholder wealth.

Ten years after PetroChina peaked on its first day of trading in Shanghai, the state-owned energy producer has lost about $800 billion of market value, it’s the world’s biggest-ever wipeout of shareholder wealth.

Experts like Bloomberg believe PetroChina’s Shanghai shares will sink a further 16 percent in the next 12 months.

Uber is being sued for gender inequality in the work place

This week, the embattled ride-hailing company was sued by three Latina engineers who allege that they, as women and people of color, were paid less than their white or Asian male colleagues.

Two of the women — Ingrid Avendaño and Roxana del Toro Lopez — left Uber this summer, while Ana Medina is still employed by the company. They allege that Uber uses a “stack ranking” system for evaluating employees, meaning they’re evaluated from “worst to best.”

The suit, which was filed this week in San Francisco County, claims that Uber is in violation of the Equal Pay Act. The company has worked to weather a series of crises this year. That includes probing explosive sexual harassment allegations from a former engineer in February.