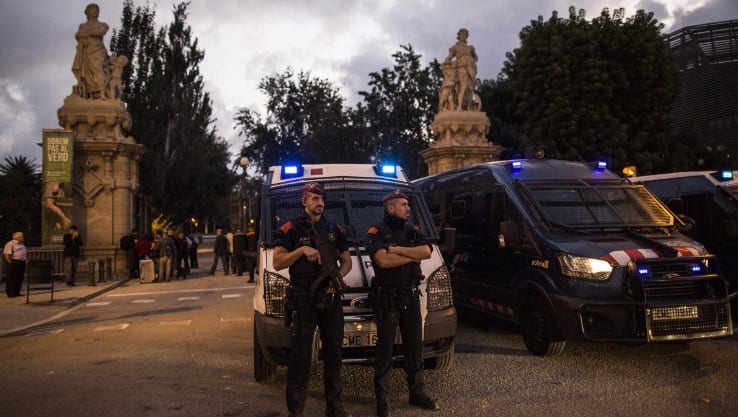 Spanish justice denied in Catalonia – Is this democracy?

Catalonia’s tumultuous push for independence is on a knife edge after separatists turned on their leader with Spanish authorities just hours away from getting the political power to crush their movement.

Senators in Madrid are expected to pass legislation on Friday allowing Prime Minister Mariano Rajoy to seize control of everything from the insurgent region’s budget to its police force and state-run media.

After a day of high drama that saw Puigdemont caught between the might of the Spanish state and the anger of the street, western Europe’s worst constitutional crisis for decades may be coming to a head with the separatist leader running out of options.

Two of the biggest grassroots organisations fighting for independence and self-determination for Catalonia saw their leaders sent to prison this week accused of sedition because they organised demonstrations against the detention of Catalan government officials.

Both presidents of the Catalan National Assembly (ANC) and Omnium Cultural (OC) led heroic but peaceful rallies and demonstrations. The only violence any of us has witnessed has come from the state via armed police so the imprisonment of these leaders can only be viewed as politically motivated.

Spain’s judiciary is not delivering justice as far as I can see because, by jailing these two, they are sending a clear message to the millions who have peacefully asked for self-determination that democracy and freedom of speech will be denied in Catalonia. The Catalan government is trying to reach out and open dialogue but the Spanish government bluntly insists there’s nothing to discuss.

After so many of us witnessed the state violence unfold earlier this month followed by trials of political prisoners it is time for the rest of Europe to stand up to Spain and demand it stops acting like a third world dictatorship or a banana republic. That this nonsense is going on in the heart of 21st century Europe is hard to believe.

The issue is #Catalonia is simple. EU including Britain must make a choice – Rajoy or democracy.

The Spanish Government has crossed a line but neither Tory or Labour are interested in helping support #Catalonia people it seems.