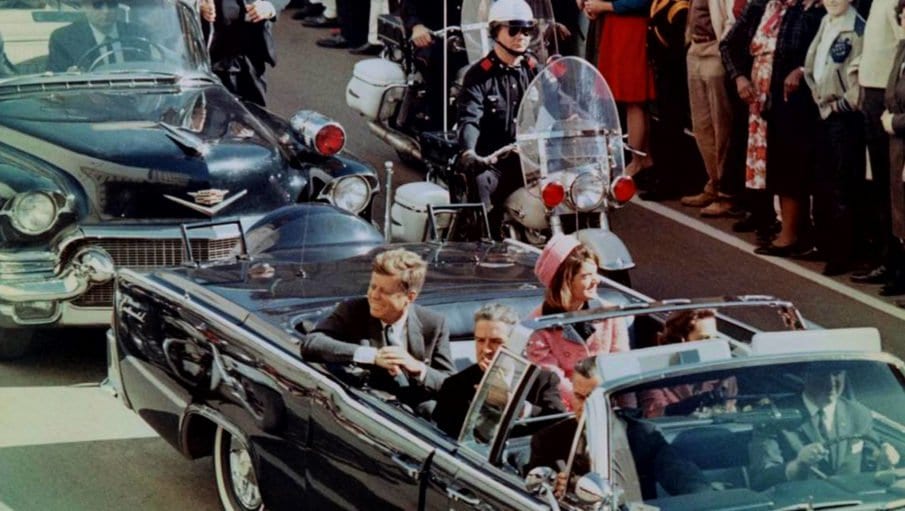 The JFK assassination has lead to so many conspiracy theories & plenty of movie Trivia as well.

A 1992 law passed by Congress required all records related to the assassination – around five million pages – to be publicly disclosed in full within 25 years. The deadline was yesterday Thursday 26th October 2017.

What happened in the Kennedy shooting

John Fitzgerald Kennedy served as the 35th President of the United States from January 1961 until his assassination in November 1963.

President Kennedy was shot dead on 22 November 1963 as he travelled through Dallas in an open-topped limousine.

Texas Governor John Connally, who was sitting in front of the president, was wounded. Police officer JD Tippit was killed shortly afterwards.

Lee Harvey Oswald was arrested and charged with killing Kennedy and Tippit, but he denied this, saying he was “just a patsy”.

On 24 November, Oswald was shot dead in the basement of the Dallas police department by Jack Ruby, a local nightclub owner.

Some people suggest there may have been a second shooter, while others say it is more likely the fatal shot came from in front of Kennedy and not behind.

A paraffin test on Oswald’s cheek after he was arrested suggested he hadn’t fired a rifle, although the test’s reliability has been questioned.

Trump Blocks the complete disclosure of all the files

Trump’s decision to keep some documents secret is likely to keep conspiracy theories alive, fuelling those who have long questioned official conclusions about the assassination and argued that the government has helped cover up the truth.

The US government released over 2,800 records Thursday night in an effort to comply with a 1992 law mandating the documents’ release, but kept roughly 300 files classified out of concern for US national security, law enforcement and foreign relations. In a memo, Trump directed agencies that requested redaction to re-review their reasons for keeping the records secret within 180 days.

The deadline comes 25 years after the enactment of that law, which mandated the release of all government documents related to the Kennedy assassination in an attempt to quell conspiracy theories that have long swirled around the assassination.

Allegations of a government cover-up are unlikely to be assuaged by reports that the CIA, FBI, Department of State and other agencies lobbied at the last minute to keep certain documents under wraps.

The White House did not receive all the requests from the US intelligence and law enforcement agencies until the last-minute. That left Trump’s aides scrambling to funnel all of the information to the President, who had only a few hours to decide how to proceed.

The Kennedy assassination have said they do not expect the documents to reveal any bombshells or to contradict the conclusion that Lee Harvey Oswald was solely responsible for killing Kennedy.

The JFK files will be published online here.  Please read through what you can and share your thoughts on your interesting finds.