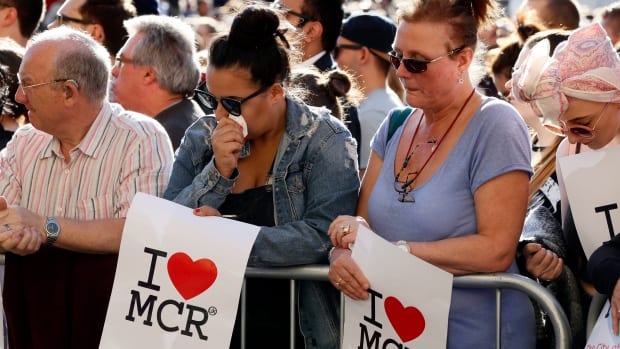 The motivation is often derived form personal loss and is used to fuel hatred and strike hatred and fear amongst the citizens Europe. To cause panic and havoc justifying to themselves that some how this is a form of retribution for the bombings by US and European allied forces in their homelands. To them it is War.

This over simplified rhetoric is what was applied before, however one of the consequences of the war on terror has been the lack of presence at the grass roots level. Leaving behind broken cities and broken homes in the wake of the war is fuelling their recruiting and training camps. Young minds are overwhelmed with religious teachings and the need for vengeance is exploited.

A certain truth came out of the film ‘Charlie Wilson’s War‘ of how the CIA neglected the Taliban after they defeated the USSR. And things have not changed. The CIA is a machine, it is not a covert organisation yet because it runs so many covert missions, any failure causes a public backlash and gives the enemies an identifiable target. And the link between the US and Europe is the same, NATO or allied forces are all treated as axes of evil by ISIL.

All these incursions (when they aren’t managed properly) have consequences. The consequences are here, trained and armed fighters have formed an alliance that is now known as ISIL (IS, ISIS). Spawned from the ruins of Iraq they have managed to gain funding and are able to finance there exploits globally.

They have a PR team, mediocre as it may seem, people who manage their social media, posting, sharing and liking what you post and then using it as way of recruiting and to infiltrate communities. They manipulate the vulnerable, coerce them to a state of war and then use them as mad made weapons.

So how do Terrorists get weapons and money from?

The BBC claimed, that certain fractions own and run legitimate businesses that help fund these exploits.

CNN has commentated on the links between funding from ordinary Saudi’s and weapons from Israel, who acts as an arms supplier. And ISIL will use brokers as a go between to broker the deal.

The motivation for Saudi and Israel is to destabilise their neighbours. Ensuring neighbouring countries in the middle east do not become too powerful as any of them could eventually pose a threat to both Israel and Saudi Arabia, like Iran.

In Syria, they are being financed and armed by the US, to lead the attack to Bashar Al Assad. In this war they may fight under multiple names and false flags, but recent reports suggest that the finance wiggles its way back to ISIL.

There is no shortage of firepower, weapons are available directly to them. American made rocket launchers, grenades, M16 firearms, Russian made AK47’s, all types of military machinery are all sold in the name of capitalism without consciousness.

And the consequence of all this is; retaliation in Europe and the rest of world. The killing and destruction of the average Joe, on a busy local high street or at a concert in Manchester.

There needs to be some form of accountability, where ‘the powers that be’, do not treat the citizens as collateral damage. Corporations who sell and make arms need to better policed, the Billion pound industry should not be able to walk away by exerting influence and power through lobby groups.

Otherwise we will see more of these tragedies, fuelling more hatred and divisions, but only this time they won’t be recruiting in Syria or Iraq. Instead it will be far right groups on the council estates of Birmingham and London. Maybe it has already started happening.

May 22, 2017: Outside Ariana Grande concert in Manchester, England

Attacks are not limited to Europe and have taken place all over the world. Pakistan is a major victim in the war on terror. Lahore has been hit 3 times with huge explosions. The Marriott hotel was bombed by a truck driver.