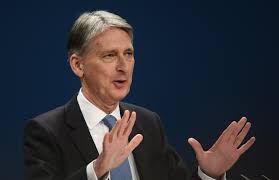 Do Nurses & police get paid too much? He thinks so!

Philip Hammond branded public workers as overpaid. The Chancellor has struck out against Teachers, Police Officers, Firefighters and Nurses justifying his 1% pay cap.

This seems particularly controversial especially after the wake of all the tragedies and terrorist events that have taken place in the London and Manchester. Where all the front line emergency services were heroically available, at some of the countries most tragic events.

Jeremy Corbyn labelled the Chancellor as ‘living on another planet’ and it’s easy to understand why he believes that.

Philip Anthony Hammond PC is a British Conservative Party politician who has been the Chancellor of the Exchequer since 13 July 2016 and the Member of Parliament for Runnymede and Weybridge since 1997.

You would expect the chancellor to validate this statement by at least having experienced similar wages or at least having walked in the shoes of a public servant. However, It’s even more harrowing when you access the Chancellors lifestyle. Living rent free and earning 10,000 a month from his townhouse in London.

Mr Hammond was kept away from TV cameras and faced repeated reports he would be sacked during the election campaign after falling out with Mrs May’s closest aides. But since the election – where Mrs May’s authority took a hit after losing the Tory majority, leading to the departure of the “chiefs” – Mr Hammond has appeared rejuvenated in what is a remarkable turnaround for the Chancellor, who at one point was destined to be sacked and now is leading the country whilst the PM is in Italy and Switzerland for two weeks. The role is effectively acting prime minister, watch this space!