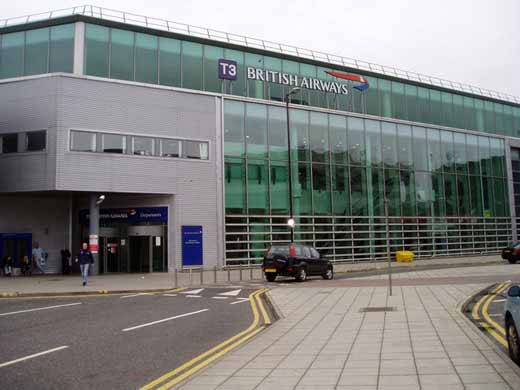 A security alert which caused more than 10 hours of chaos at Manchester Airport. Bomb disposal experts have carried out a series of controlled explosions at Manchester airport after passengers were evacuated when a suspicious package was found.

The police were called to Terminal 3 to reports of a suspicious piece of baggage and as a precaution, the terminal was evacuated. Manchester airport confirmed the evacuation was taking place after police and bomb disposal units were called at 8.50am on Wednesday.

A spokesperson said: “Police were called at 8.50am on Wednesday 5 July 2017 to reports of a suspicious package at Manchester airport. Officers are responding and a precautionary evacuation of Terminal 3 has taken place.

“Bomb disposal officers attended and a series of controlled explosions were carried out of the package. Inquiries are ongoing.”

The spokesperson added that people using Terminals 1 and 2 “should travel as normal”.

Passengers stood waiting on the tarmac after being evacuated at Manchester airport. Thousands of passengers were hit by more than 25 delayed or cancelled flights.