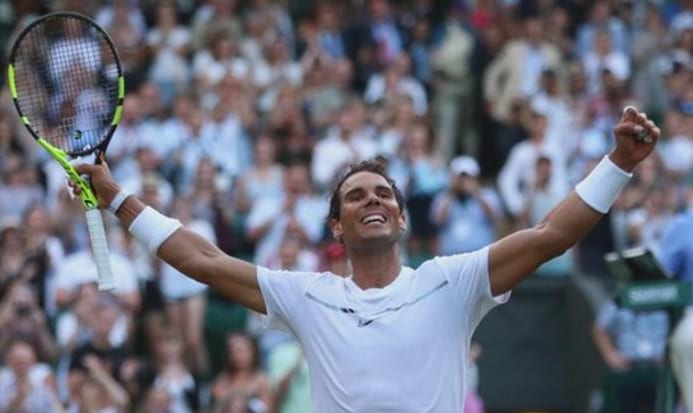 #Nadal goes through to the third round #Wimbledon

Rafael Nadal marked his return to Centre Court with a 6-4 6-2 7-5 victory over Donald Young to reach the third round at Wimbledon for the first time in five years.

The two-time Wimbledon Champion is working his way into the tournament. You can sense he is building up some momentum. Occasionally he loses his timing and takes his foot off the gas but he served pretty well and got his rhythm going very quickly.

The 31-year-old Spaniard, who missed last year’s tournament through injury, looked to be easing to victory until he was broken by the aggressive American when serving for the match.

But the world number two broke back and served out to love to seal the win. At times Nadal looked back to his imperious best, continuing the form that saw him finish runner-up at the Australian Open and claim his 10th French Open title this season.

The 15-time Grand Slam champion hit 37 winners in total – many of those with his imposing forehand – and won 80% of points on his first serve.