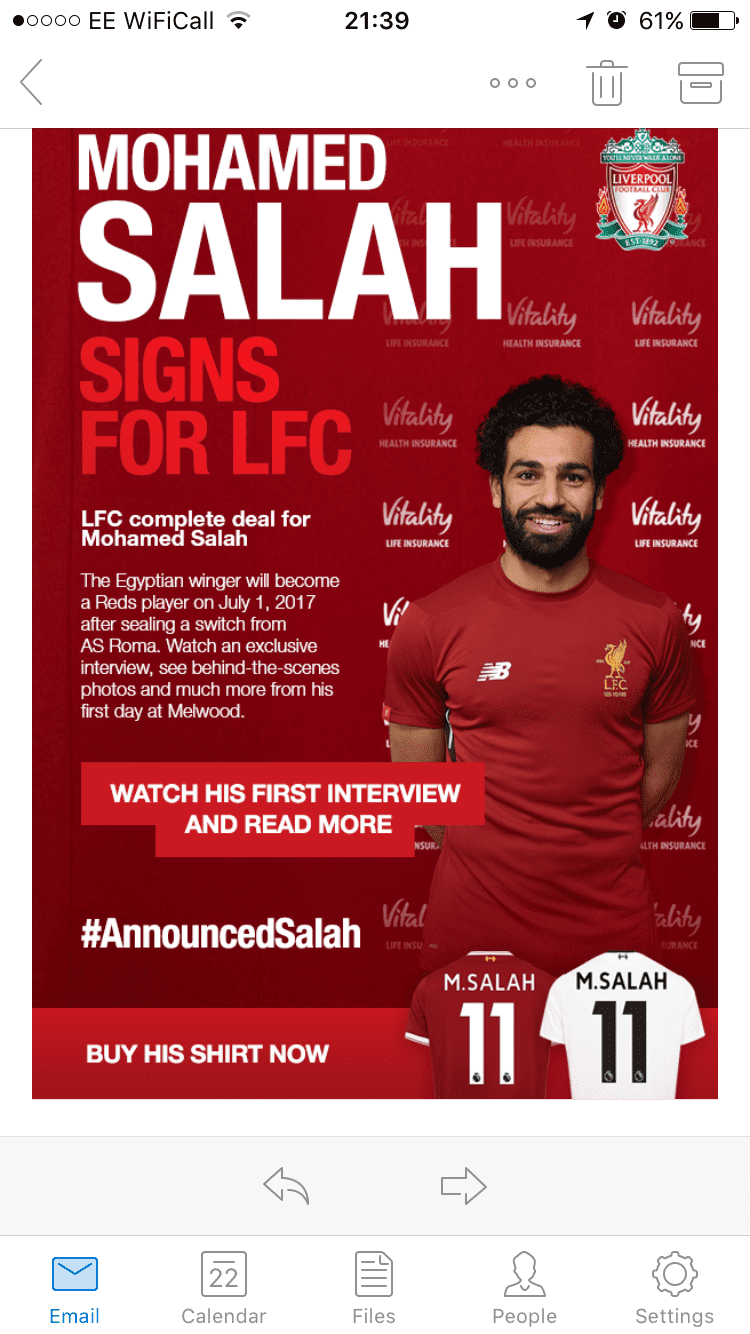 LFC have their man Salah is Red

Mohamed Salah has finally completed his move to Liverpool FC.  He has been given the No 11 jersey and has some big boots to fill. Firminio moves to 9.

The Egyptian, 25, has signed a five-year deal and has been a prime target for manager Jurgen Klopp.

Liverpool boss Jurgen Klopp said Salah has “the perfect mix of experience and potential”, adding: “This is a really exciting signing for us.

“I have followed him since he emerged at Basle and he has matured into a really good player.
“His pace is incredible, he gives us more attacking threat and we are already strong in this area. I like that we will make it even more competitive.”