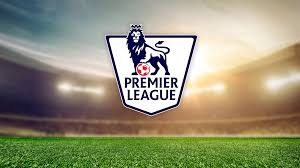 Liverpool enhanced their prospects of a top-four place by beating derby rivals Everton, whose own hopes of breaking into the battle for a Champions League qualification spot were severely damaged by the defeat.  Liverpool were in control from the start and, truth to told, won the game without having to be at their best. Everton still await their first win on this ground since the turn of the century.

Sadio Mane gave the hosts an early lead when he played a one-two with Roberto Firmino and finished off an angled run with a shot into the far corner.

A Philippe Coutinho shot was palmed up by Toffees keeper Joel Robles and headed off the line by Phil Jagielka before the visitors equalised.

Jagielka flicked on a corner at the near post and, after Ashley Williams got a touch, Matthew Pennington arrived into slot in his first Everton goal on his first appearance of the season.

Klopp paid a classy tribute to Séamus Coleman in his programme notes and though Everton was missing other players, notably Morgan Schneiderlin and Ramiro Funes Mori, it was the patched-up right side of the defence where the unlucky Irishman normally operates that Sadio Mané exploited to give Liverpool an early lead.

My Tweets
We use cookies to help identify your computer so we can tailor your user experience, track shopping basket contents and remember where you are in the order process. WTX News Our Cookie Policy
Paraguay congress set on fire
Whilst you were sleeping; The US has bombed Syria, Latest updates
To Top
Weekly