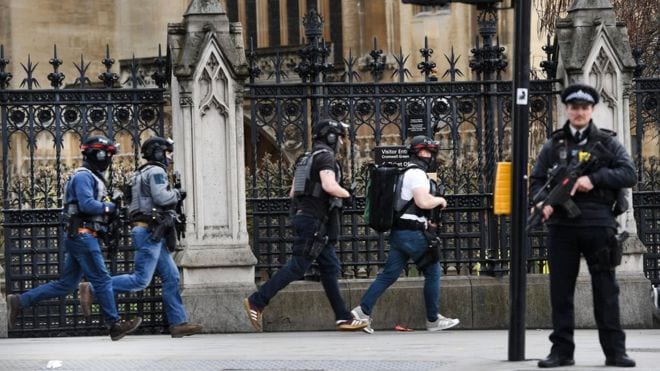 London is Under attack- 4 dead as gunmen attack #London

Four dead so far; includes police officer, killed in the line of duty, The attacker who was hunted down by armed police from the City of London

Hundreds of people were evacuated from Parliament to Westminster Abbey

The strength and efficiency of the police force is reassuring and clear to see; immediate response and minimal casualties

The Muslim Council of Britain has issued a statement on the attack, which has not yet been claimed by any group.

Get all the latest reports

Please note: that some of the social media pictures are disturbing.

What is there to say but thank you to the poor police officer who died defending Parliament and all of us who work there this afternoon.