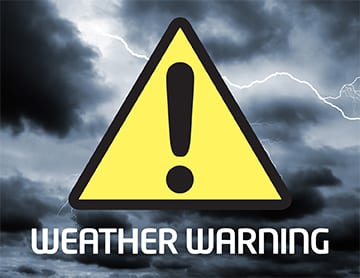 Storm Doris batters the UK with winds reaching 94mph. There are severe weather warnings for some of northern England, East Anglia, north Wales and the Midlands, and there is snow in higher areas in Scotland. Flights from Heathrow & other UK airports have been cancelled and it is advised all passengers check their flight status before travelling to the airport.

The Met office issues an official severe warning for the UK, follow all the updates live on here.

Storm Doris arrives with winds up to 90mph. #StormDoris https://t.co/tyxGiIwNnl

#A141 Rings End X3 HGV's have left the road due to #stormdoris road is closed #2445 pic.twitter.com/KOmAuaVqNU