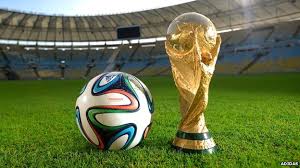 Fifa to expand the World Cup to 48 teams after vote

The World Cup will be expanded to host 48 teams in 2026, up from 32, it’s current format. The sport’s world governing body voted unanimously in favour of the change at a meeting in Zurich on Tuesday.

An initial stage of 16 groups of three teams will precede a knockout stage for the remaining 32 when the change is made for the 2026 tournament.

This could change the face of world cup football, forever, creating a longer tournament with a lot more games, and injuries could play a huge factor for teams with stars, playing to protect them, like in some cup games.

The idea is to give more nations a chance of experiencing the joy of a World Cup, which will bolster international football in developed markets, African and Asian nations are expecting significant increases on their current allocation of four spots apiece.

Fifa approves Infantino’s plan to expand World Cup to 48 teams from 2026. The Guardian

World Cup: Fifa to expand competition to 48 teams after vote. The BBC