Love it or hate it, celebrities have a lot of influence on politics and culture and many celebrities like to voice their opinion. Over the years celebrities have taken a stance on the Israel – Palestine conflict, but some have faced backlash for staying neutral.

The recent violence between the two has escalated since Monday – at least 67 people have been killed in Gaza and 7 have died in Israel.

Israeli forces are preparing ground troops along the Gaza border on Thursday and Hamas has launched rockets at Israel, there appears no end is in sight to the fiercest hostilities in years. 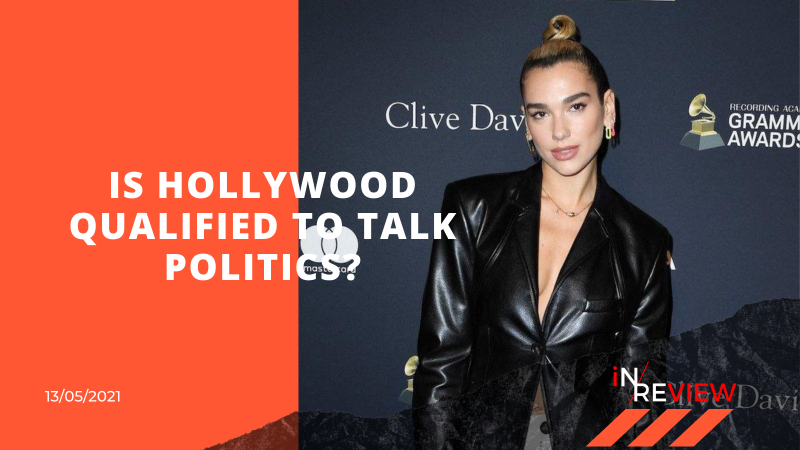 World leaders, celebrities, and politicians have called for both sides to de-escalate.  But there are growing fears the region is heading towards a ‘full-scale war’.

So where do celebrities fit into all of this? Are they qualified to talk politics? And should they be forced into choosing a side in the conflict?

Just need to be human to stand up for Gaza: Aiman Khan pledges support to Palestine

TheNews online says Pakistani actress Aiman Khan has lent her voice of support to Palestine which is being attacked by Israeli forces.

The star took to Instagram to share a post with an important message: “You don’t need to be Muslim to stand up for Gaza, you just need to be human.”

The article says many other celebrities have “voiced their support against the atrocities inflicted by Israel.” 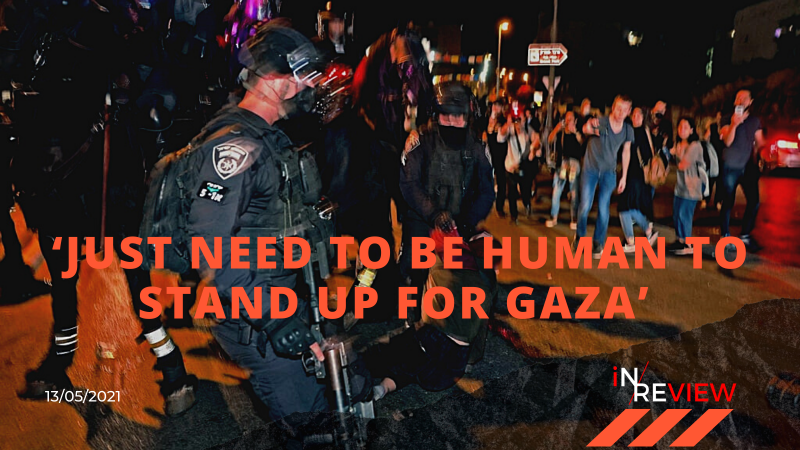 Celebrities who ‘got it wrong’

Other celebrities have taken to social media to support Palestine. IMAGES published an article claiming ‘Three celebrities who got it wrong and four wh got it right over the recent violence.

IMAGES says the resurgence in violence has the world talking, but not everyone is saying the right thing. Two celebrities – Malala Yousafzai and Greta Thunberg – they say, got it wrong.

The article’s biggest critique of Malala’s tweet is that she didn’t mention Palestine or Israel. Instead, she tweeted a “carefully worded message” that did not mention who the victims or attackers are adding to the “misguided notion that this is a two-way street.”

The article goes on to say that Greta also made “no mention of the attacks, the victims or anything really.” But the “real cherry on top was her follow-up tweet” where she said she wasn’t against Israel or Palestine. 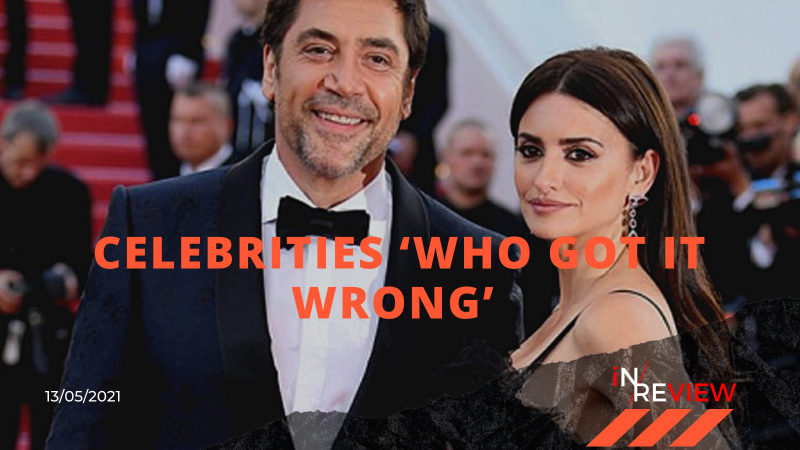 1221 article writes despite the backlash celebrities will receive, some famous faces have chosen to ‘cast their lot with the Jewish state.’

For better or for worse, Hollywood celebrities have a lot of influence over culture and politics.

The article says the world is ‘slowly turning its back on Israel’ and it is ‘encouraging to know that there are still some famous people voicing their support for Israel.’

According to the article, Simon Cowell donated $150,000 to the Friends of the Israeli Defence Forces. Kanye West held a concert in Tel Aviv during a time when entertainers were boycotting Israel – he reportedly had his children baptised in Jeruslam.

Scarlett Johansson stood by the company SodaStream, for whom she was a brand ambassador when they were criticised for having the company based in the disputed territory of the West Bank. 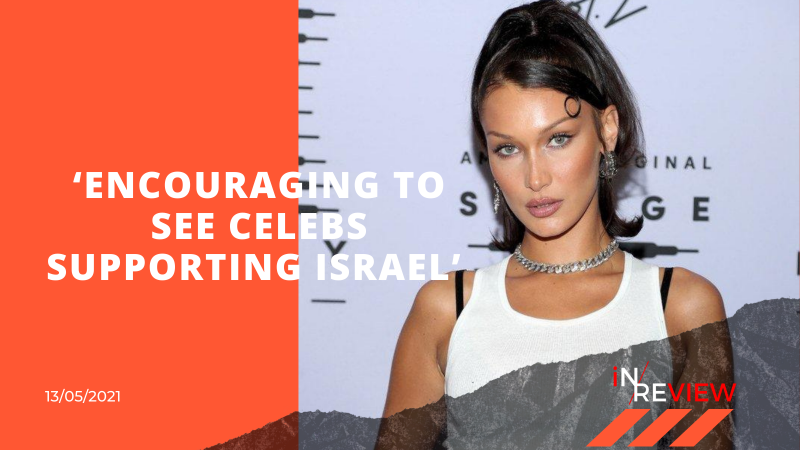 Mayim Bialik openly declared she is a Zionist despite receiving fan backlash. Arnold Schwarzenegger has publicly declared his support for Israel against terrorists.

Bill Maher is unrepentant in his defense for the right of the Jewish state to exist and the need for Europe and the UN to stop their criticism of Israel.

Sylvester Stallone, actor and filmmaker most famous for his roles in the Rocky and Rambo series, also signed the 2014 pro-Israel statement despite receiving much criticism.

Chuck Norris has often voiced his support for Israeli Prime Minister Benjamin Netanyahu and has filmed three movies in Israel.

Indy100 writes Wonder Woman star Gal Gadot has come under fire after posting an ‘impassioned statement about the crisis engulfing the Middle East.’

Gadot went online to call for ‘unity and peace’ as the violence intensifies between Israeli and Palestinian forces.

The actress who is from Israel and previously served in the country’s army – which is mandatory – said seeing Israel ‘at war’ was breaking her heart as she called for an end to the ‘vicious cycle.’ 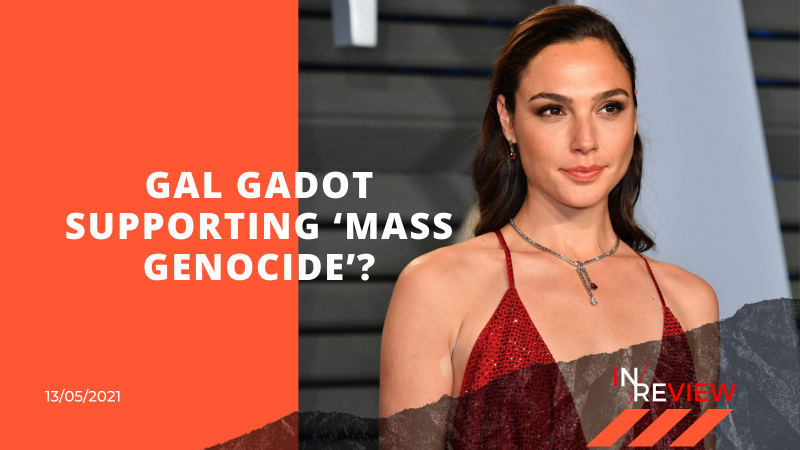 The paper says critics seized on her military history and accused her of supporting ‘mass genocide’ and ethnic cleansing.’

Gadot’s critics have accused her of hypocrisy, highlighting accusations that she has promoted pro-Israeli Defence Forces (IDF) messaging in the past.

But others have jumped to her defence, supporting her calls for peace and making sure people know military service is compulsory for all Israelis over age 18.

The actress is just one of many celebrities to take a stance on the conflict in the region.

Israel-Gaza violence: Six days of escalating tensions – how did it happen? – Sky News

Is Gaza in Israel?

Is Gaza in Israel?

Why is Hamas attacking Israel?

When the secretive military chief of the Palestinian Islamist movement Hamas emerged from the shadows last week, he chose to weigh in on a land dispute in East Jerusalem, threatening to retaliate against Israel if Palestinian residents there were evicted from their home
Why is Gaza firing rockets into Israel?

Why is Gaza firing rockets into Israel?

The militants in Gaza said they had fired 130 rockets into Israel in response to an Israeli aid raid which destroyed the al-Sharouk tower in Gaza City. … The IDF said on Wednesday that their strikes on Gaza were the largest since the conflict in 2014
Who is Israel at war with?

Who is Israel at war with?

The Israeli–Palestinian conflict is the ongoing struggle between Israelis and Palestinians that began in the mid-20th century amidst the greater Arab–Israeli conflict.