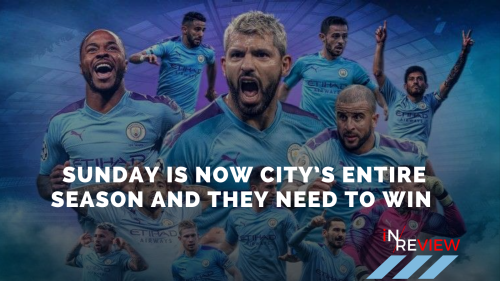 After the shocking 2-2 draw with West Ham, Pep Guardiola gave his players two days off, for a much needed psychological refresh. The team know better than any other that the final can come down to just one moment of magic for a team to snatch the victory.

Miguel Delaney writes in the Independent, that this seasons final is at the very least set up for something similar to the 2011/12 final and may even end up with more “dramatic carnage.”

“The 2021-22 campaign is already the first in history to see all the major issues go the distance. City and Liverpool are going for the title. Tottenham Hotspur and Arsenal are aiming for the last Champions League place. Manchester United and West Ham United are playing for the last Europa League place. Burnley and Leeds United are hoping for that final survival place. Such a combination has never been seen before,” Delaney writes.

Many argue that Liverpool are mentally better set for the final than City and it’s why, Delaney says, Pep’s decision to let his team take a break might prove to be important.

Man City’s final game will be played at home and whilst many see this as an advantage, for others playing in front of a home crowd will be a daunting prospect.

If anything, Liverpool have accepted the reality of the situation and are content with it. Klopp’s side is not expecting to win the Premier League and already have two trophies under their belt this season and can still claim the biggest of all with the Champions League.

“They are prepared to just out out and play,”

For Liverpool, if they did snatch the Premier League title it would be a massive bonus but ultimately they’ve already had a successful season regardless.

The same can’t be said for City, Sunday is now their entire season and they need to win the league to save the campaign. It’s this sort of pressure that can lead players and coaches to make decisions they usually wouldn’t. It can lead to a loss.

This final week could prove to help foster a final day of drama. There’s the Steven Gerrard connection and the possible return of John Stones and Kyle Walker – (they’d make City’s defence a heck of a lot stronger than what we witnessed against West Ham).

If City just play as they can, and all goes normally, they are champions.

For Liverpool, Klopp will of course be reminding his team that they can do the impossible, as they get ready to face Wolves. And whilst it’s likely Liverpool will win that match, there is a lot less pressure on the Reds than they’ll be on City to win their final matches.

When the title race is taken to the final day everything is made more acute and intense, ensuring anything can happen. A last-minute goal from Villa could see the title heading to Anfield.

£1.3million of taxpayer cash spent on sculpture for No10 garden in ‘extravagant’ purchase

£1.3million of taxpayer cash spent on sculpture for No10 garden in ‘extravagant’ purchase