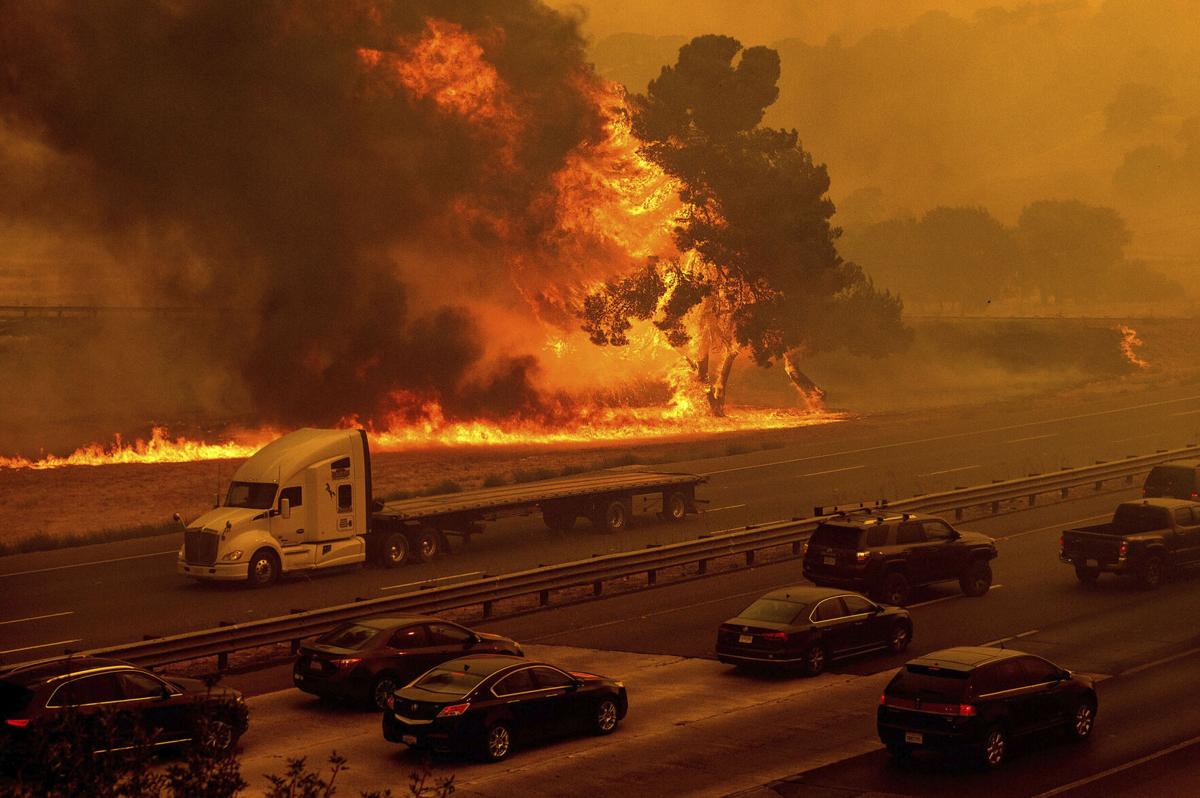 California’s wildfires are burning through a record number of acres this year as firefighters continue to battle several large blazes across the state.

CalFire – the state’s department of forestry and fire protection – says more than two million acres have burned, that’s more than the size of Deleware.

On fire, El Dorado, which has spread over 7,000 acres, was started by a gender reveal party, officials say.

California is also experiencing a record heatwave. Los Angeles County reported its highest ever temperature of 49.4C on Sunday. Temperatures are expected to drop from Tuesday but there are fears it may bring strong winds which could fan and spread the flames, according to the National Weather Service.

So far, more than 14,000 firefighters continue to battle 24 fires across the state, CalFire said.

California’s wildfires have burned through a record 2 million acres

The largest blaze, known as the Creek Fire, has burned more than 78,000 acres since it broke out in the Sierra Mountains on Friday, and authorities said none of it had been contained.

The Creek Fire has burned at least two dozen dwellings in the town of Big Creek, the Los Angeles Times reported. More than 200 hikers were airlifted out of the popular Mammoth Pool Reservoir after becoming trapped by flames on Saturday.

Cal Fire said a “smoke-generated pyrotechnic device, used during a gender reveal party” was to blame for starting the El Dorado fire in San Bernadino County.

“Cal Fire reminds the public that with the dry conditions and critical fire weather, it doesn’t take much to start a wildfire,” the tweet read.

People who cause fires “can be held financially and criminally responsible,” it added.

Cal Fire confirmed that there had been eight fatalities this year and more than 3,300 structures destroyed – along with the two million acres already burned. In 2018, 1.96 million acres burned – the highest since Cal Fire started tracking numbers in 1987 – the Associated Press reports.

Cal Fire spokesman told AP that it was alarming how early the fires began this year. “It’s a little unnerving because September and October are historically our worst months for fires. It’s usually hot, and the fuels really dry out. And we see more wind events.”

States of emergency have been issued in five Californian counties – Fresno, Madera, Mariposa, San Bernardino and San Diego – and people have been urged not to hike after a hiker died.