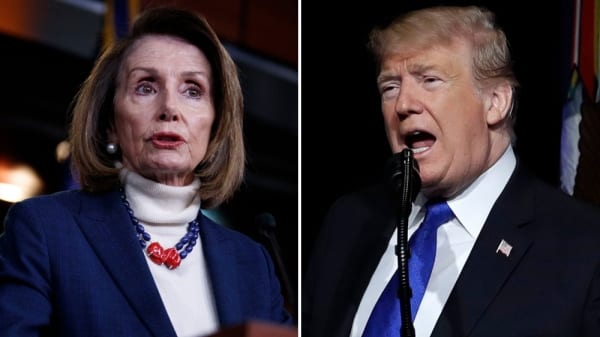 President Trump has said he is taking hydroxychloroquine to ward off coronavirus, but public health officials warn its unsafe.

There is no evidence that hydroxychloroquine -used for lupus and malaria – can fight Covid-19. And regulators warn the drug may cause heart problems.

The president was hosting a meeting when he surprised reporters by revealing he was taking the drug.

He was asked what was his evidence of hydroxychloroquine’s positive benefits.

“Here’s my evidence: I get a lot of positive calls about it,” he said.

Adding: “I’ve heard a lot of good stories [about hydroxychloroquine] and if it’s not good, I’ll tell you right I’m not going to get hurt by it.”

The president confirmed he has “zero symptoms” and is being tested for the virus frequently.

He added that he has been taking a daily zinc supplement. And he received a single dose of azithromycin, an antibiotic meant to prevent infection.

Trump admitted he requested the drug himself and it was not recommended by the White House physician.

The president’s physician, Dr Sean Conley said in a statement that Trump was in “very good health” and “symptom-free.”

He added: “After numerous discussions he and I had regarding the evidence for and against the use of hydroxychloroquine, we concluded the potential benefit from treatment outweighed the relative risks.”

US House Speaker Nancy Pelosi did not hold back when asked by CNN on the president’s decision.

“He’s our president, and I would rather he not be taking something that has not been approved by the scientists, especially in his age group and his, shall we say, weight group … morbidly obese, they say,” she said.

“I would rather he not be taking something that has not been approved by the scientists, especially in his age group, and in his, shall we say, weight group: ‘Morbidly obese,’ they say,” says House Speaker Nancy Pelosi on Pres. Trump’s revelation he is taking hydroxychloroquine. pic.twitter.com/0ImjpEjg9q

Trump’s own government has warned that the drug should only be used for Covid-19 in a hospital or research setting. The reasoning is due to the potentially fatal side effects.

“There is no evidence that hydroxychloroquine is effective for the treatment or the prevention of Covid-19,” said Dr Patrice Harris, president of the American Medical Association. “The results to date are not promising.”