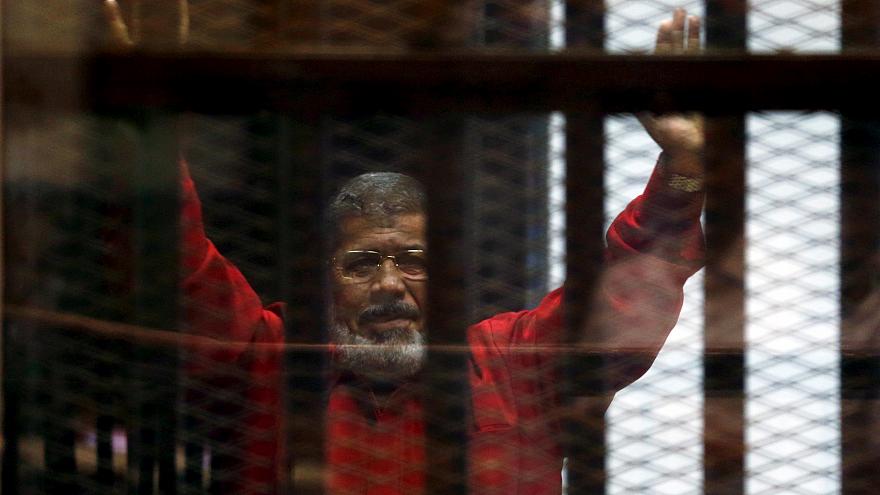 Former Egyptian president Mohamed Morsi died on Monday in a Cairo hospital after he collapsed in his cage during a session in court. A point which was confirmed by judicial and security sources said.

“He was speaking before the judge for 20 minutes then became very animated and fainted. He was quickly rushed to the hospital where he later died,” a judicial source said.

The official Al-Ahram news website also reported the death of Morsi, who was Egypt’s first democratically elected president but spent just one turbulent year in office after the 2011 uprising before the army toppled him in July 2013.

It said Mursi had fainted after a court session and died afterwards.

Mursi, a top figure in the Muslim Brotherhood, was toppled by the military in 2013 after mass protests against this rule. He had been serving a seven-year sentence for falsifying his candidacy application for the 2012 presidential race.

In one of the first condolences from another country’s leaders, Turkey’s President Recep Tayyip Erdogan paid tribute to Morsi, calling him a “martyr”.

“May Allah rest our Morsi brother, our martyr’s soul in peace,” said Erdogan, who had forged close ties with Morsi.

Morsi was serving a 20-year prison sentence for a conviction arising from the killing of protesters during ‘Arab Spring’ demonstrations in 2012 and a life sentence for espionage in a case related to Qatar.