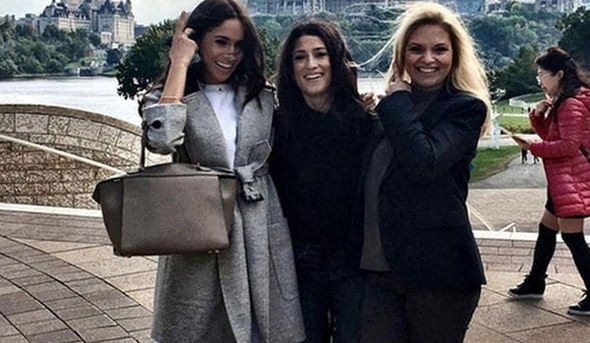 The women were held in solitary confinement for months and subjected to abuse including electric shocks, flogging, and sexual assault

Four women are on trial in Saudi Arabia told a court on Wednesday they had been subjected to torture including sexual assault whilst in detention for more than nine months.

Some of the charges against the Saudi women fall under part of the kingdom’s cybercrime law stipulating jail sentences of up to five years, according to rights groups.

Those against Hathloul include communicating with 15 to 20 foreign journalists in Saudi Arabia, attempting to apply for a job at the United Nations, and attending a digital privacy training

Without being able to elaborate on the details, sources close to the detainees suggest some form of ‘anti-Mohammad Bin Salman leaks’ was the real reason behind the arrest, in fact, State-backed media labelled some of them as traitors and “agents of embassies”

In a case that has sharpened Western criticism of the Saudi Kingdom has drawn global attention after last year’s murder of journalist Jamal Khashoggi.

Nine prominent US senators wrote a public letter last week asking King Salman to immediately release of prisoners held on “dubious charges related to their activism”, citing many of the women currently on trial.

The women, including Hathloul, were held in solitary confinement for months and subjected to abuse including electric shocks, flogging, and sexual assault, rights groups have said.

Hathloul’s siblings allege that Saud al-Qahtani, a top adviser to Crown Prince Mohammed bin Salman, was present during some of the torture sessions and threatened to rape and kill her.

The Saudi public prosecutor has said his office investigated the allegations and concluded they were false. No-one has been unable to reach Qahtani since he was fired in October over the Khashoggi murder.

Loujain asked for another month to respond to the charges after being granted only two hours with a lawyer to prepare. There was no immediate response from the court.

The health of another woman, Nouf Abdelaziz, has deteriorated recently, London-based Saudi rights group ALQST reported this week, though the reason was unclear. One source said she had not appeared in court.

Western diplomats and media were denied entry to the hearing and escorted from the building, despite petitioning to attend amid global scrutiny of the case.

Three dozen countries, including all 28 EU members, Canada and Australia, have called on Riyadh to free the activists. British Foreign Secretary Jeremy Hunt and his US counterpart both raised the issue during recent visits to the kingdom.

Activists and diplomats have speculated that may have been meant as a message to activists not to push demands out of sync with the government’s own agenda, but the crown prince has denied that, accusing the women of working for Qatari and Iranian intelligence.

Dozens of other activists, intellectuals and clerics have been arrested separately in the past two years in an apparent bid to stamp out possible opposition.

It remains to be seen if Riyadh will bend to international pressure, with the Saudi women possibly receiving acquittals or pardons, or pursue harsh sentences in a case critics say has revealed the limits of the crown prince’s promises to modernize Saudi Arabia.

My Tweets
We use cookies to help identify your computer so we can tailor your user experience, track shopping basket contents and remember where you are in the order process. WTX News Our Cookie Policy
Breaking News: Israel to launch a new wave of attacks on Gaza – Ceasefire failed
Facebook to Ban White Nationalism to combat Islamophobia
To Top
Weekly