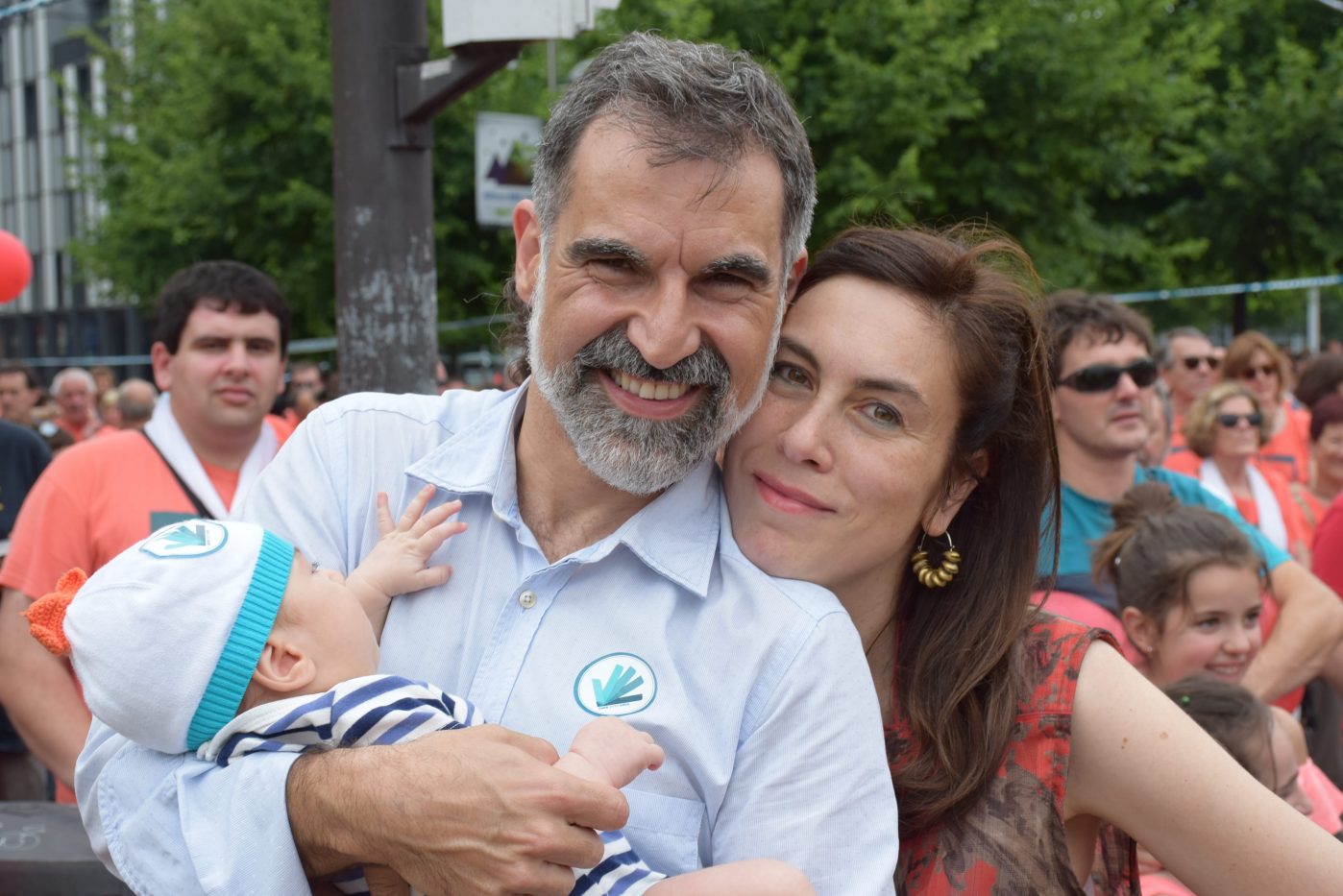 #Spain: While her struggle is deeply personally as she campaigns for the release of the father of her #child from prison, she also finds herself in the frontlines fighting for #Catalan independence.

A year ago she probably regarded herself as just another face in the crowd but today Txell Bonet is instantly recognisable on the streets of Catalan having been propelled from the shadows in to the spotlight.

While her struggle is deeply personal as she campaigns for the release of the father of her child from prison, she also finds herself in the frontlines fighting for Catalan independence.

The demands and pressures on her, as with all the families of the political prisoners and those in exile, must be enormous but Txell greets me in a Barcelona restaurant with an engaging smile.

Like most women today she has many roles as she tries to juggle motherhood with being a prisoner’s wife, public speaker, journalist and independence campaigner.

These are indeed challenging times where many of the previously unknowns, predominantly women, have reluctantly found themselves centre stage – ordinary people in extraordinary situations brought about by the Catalans’ desire for independence and Spain’s determination to stop it.

The fallout has put the independence-seeking Catalonians and their politicians and civil rights leaders on a collision course with the brutal intransigence of the Spanish authorities and the Madrid-based government.

As a professional journalist she is probably uncomfortable finding herself in front of the cameras making the news instead of delivering it, but who is in a better position to speak up for her partner Jordi Cuixart? He has spent more than 10 months in jail on remand having been charged with rebellion, a crime which carries a 30 year sentence. Based on the concept of coups d’état, it implies he must have been involved in acts of violence which is strongly refuted.

Yet according to one judge the demonstrations which took place on September 20 in Barcelona involving tens of thousands of people assembled in front of one of the ministries of the government of Catalonia, were violent. However camera footage does not support this and far from promoting violence Cuixart and Jordi Sànchez, another civic leader, are filmed urging those present to remain calm during a police raid and the arrest of 14 politicians and civil servants working for the Catalan government.

Unless the judge is sitting on incriminating evidence, there is no smoking gun or even a silver bullet. In fact the police are now being investigated for disproportionate use of violence which could see serving officers in court.

Meanwhile, the hardship and agony goes on for Cuixart and his family. He is not even a politician, but is president of Òmnium Cultural, a civic and cultural organisation, which has around 120,000 members. Founded during the Franco regime, the organisation promotes the Catalan language and culture through staging major events such as literary festivals and awards.

“It sees culture as a tool for enabling social cohesion,” explains Txell. She’s keen to point out that while the dictator Franco outlawed Òmnium from1963 to 1967 not one Òmnium president has been put in jail until now.

After the October 1 referendum on independence, both Jordis were accused of rebellion. But neither they or any of the eight other jailed people also accused of rebellion by Spain’s Supreme Court have gone to trial. Instead, despite criticism from international human rights groups like Amnesty, they remain in custody with the wheels of justice in Spain moving very slowly.

“My partner and Jordi Sànchez are non-violent people. They have always defended peace and condemned violence. They did so on that day. They worked together with the police to ensure that no violent incidents took place. Like the Catalan National Day demonstrations, in which millions of people participated, this one was peaceful and democratic,” said Txell.

A documentary film titled ‘Twenty-Ess’ (a reference to the date of the demonstration) gives an account of what happened that day in September ahead of the referendum. Having watched the film it is hard to see how the investigating judge reached the conclusion that violence was involved.

Txell was more direct as she said: “The non-existent crimes, which are keeping my partner and Jordi Sànchez in jail, are a shameful breach of the separation that ought to exist between political power and the judicial system”.

The documentary, which can be seen on the social networks and youtube, has been viewed by more than a million people so far and was also broadcast on Catalan public television. The film also provides a damning indictment on the role of the Spanish media which appears to be complicit, in part, by pushing the questionable narrative of events spoon-fed to them by the Spanish authorities.

Txell is working tirelessly to get the Catalonian side heard and it is a campaign which has seen her address UN organisations, human rights groups and members of the British Parliament in London as well as other foreign politicians and lawyers.

Her efforts and those of other campaigners is beginning to pay off as the UN Special Rapporteur for the protection of the freedom of speech and opinion, David Kaye, has formally asked the Spanish authorities not to interfere with fundamental rights such as freedom of speech, reunion and association, and public participation.

Human rights group Amnesty International, through its European director, Gauri van Gulik, has explicitly demanded the release of Jordi Sànchez, the president of the Catalan National Assembly and Jordi Cuixart. Amnesty has also denounced the Spanish state for its persecution of freedom of speech. “There are singers facing prison sentences because of their songs, such as the Majorcan rapper Valtonyc, who has been accused of terrorism but who fled to Brussels, where he was released by the Belgian authorities pending a judicial decision.

“Books have been seized because their contents were not deemed acceptable. Artists and  art exhibitions have been censored, as in the case of the Spanish artist Santiago Sierra in the important Madrid art fair known as Arco,” explained Txell.

Despite all that she has endured she has spent the last 10 months trying to maintain an air of normality at home where she is raising her one-year-old son. For eight and a half months mother and baby had to make a 1300 kilometre round trip to the Spanish capital back so that he could see his father in prison.

“We are talking about 40 minutes of conversation through a glass screen,” explains Txell who was given some respite in July when he, along with the rest of the Catalan prisoners, were moved to  local prisons.

The Catalan prisoners say they have had their human right violated because of the long-distance imprisonments. Under Spanish and international law prisoners must be located close to their families. The UN also states that preventive custody should be treated as a last resort only, when the person involved has neither been judged nor convicted.

The whole Catalan crisis has put an unwelcome spotlight on the activities of the Spanish Government which now stands accused of the deliberate persecution of fundamental political rights and liberties of Catalan society.

Attempts to keep the crisis a domestic issue have failed spectacularly as the world looks on. Spain seems to have dug itself into a hole from which it can’t climb out.

The massive turnout – police figures reckon one million – for Diada, Catalonia’s National Day on September 11 sent a clear message to Madrid. “There’s no going back,” chanted the crowds who poured into Diagonal in Barcelona to mark the fall of their city during the War of the Spanish Succession in 1714 and the subsequent loss of Catalan institutions and laws.

While the day long festival remained peaceful the mood has changed. Catalans, regardless of their views or desires for independence, are angry at the imprisonment and exile of their leaders. “We know they are not guilty and sooner or later the truth will emerge,” said Txell.