Roman Reigns continued to manipulate Sami Zayn as he apologised to the Honorary Uce but ordered him to face Kevin Owens on WWE SmackDown next week.

Friday night’s show saw The Bloodline saga roll on in style as the Tribal Chief proves to be the real Master Strategist with the slow burn to what will be a heartbreaking moment when Sami finally gets kicked out of the group.

The show started strong with The Bloodline’s Sami, Solo Sikoa and The Usos taking over just like they did on Raw, joined by Roman Reigns as he addressed last week’s loss to John Cena and Kevin Owens.

He pointed out that he didn’t lose, turning his attention to the Honorary Uce and calling him out for ‘guaranteeing a win’, noting that only the Tribal Chief gets to call the shots – before wondering if Sami wants his spot.

Kevin Owens came out to put a stop to that, insisting Roman’s anger is ‘misdirected’ before goading him into accepting his challenge for an Undisputed WWE Universal Title match at the Royal Rumble.

Later, Sami was finally allowed into the Bloodline dressing room as he tried to apologise if he’s misled the Head of the Table, but it was the champ who wanted to say sorry for not controlling his anger.

There was still a twist as he revealed Sami can help them fix the KO problem next week against his longtime friend Owens, before Roman told him to stay and watch The Usos with him.

They were delighted by the end, as Jimmy and Jey scored a huge win over Drew McIntyre and Sheamus in an absolute banger to retain the Undisputed WWE Tag Team Titles.

In the first match of the night, Santos Escobar picked up a huge win over Kofi Kingston to build some momentum to the Royal Rumble after the match was made following a backstage clash, with the Legado del Fantasma leader vowing to eliminate the New Day man from the 30-man match later this month.

He was thrown over the top rope with both feet hitting the floor a couple of times, but this match really excelled when they just focused on the in-ring action without the silliness.

LA Knight was interviewed backstage one week after Uncle Howdy left viewers stunned by laying out Bray Wyatt in the middle of the ring, and admitted he was feeling ‘damn good’.

He claimed everything has blown up in Wyatt’s face, and he’s looking forward to picking up the pieces in their Pitch Black Match at the Royal Rumble later this month.

Karrion Kross and Scarlett made quick, easy work of Madcap Moss and Emma, before putting a Rey Mysterio mask on Moss to send a message, complete with a creepy tarot card to put him on notice.

Charlotte Flair got a great reaction as she celebrated last week’s return and win over Ronda Rousey and insisted she is never complacent, and always striving for more.

.@SonyaDevilleWWE came ready for a fight tonight, but @MsCharlotteWWE is showing no signs of rust as she defends her #SmackDown Women’s Championship! #SmackDown pic.twitter.com/RCPscTEjqt

The SmackDown Women’s Champion seemed reinvigorated by her comeback, and moved by the fact fans have been cheering for her so loudly.

Sonya Deville interrupted her and goaded her into accepting a title shot with the two stars working well together with the crowd massively into the action as Flair got the win with the Figure Eight.

Ricochet qualified for the Royal Rumble despite the best efforts of Top Dolla, who got put away with a picture perfect Shooting Star Press.

The One And Only was tricked after the match when an apparent display of sportsmanship led to him getting beat down by Hit Row until Braun Strowman made the save.

WWE SmackDown airs Friday nights at 1am on BT Sport 1.


MORE : Vince McMahon officially returns to WWE board of directors


MORE : WWE is bringing Money In The Bank to London in 2023: Tickets, date and more for historic show

It’s Royal Rumble season and the Road to WrestleMania awaits. 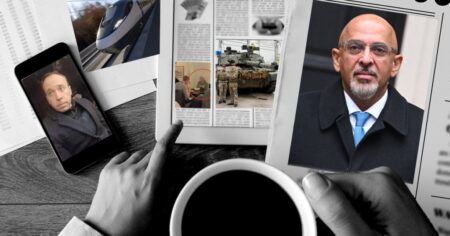