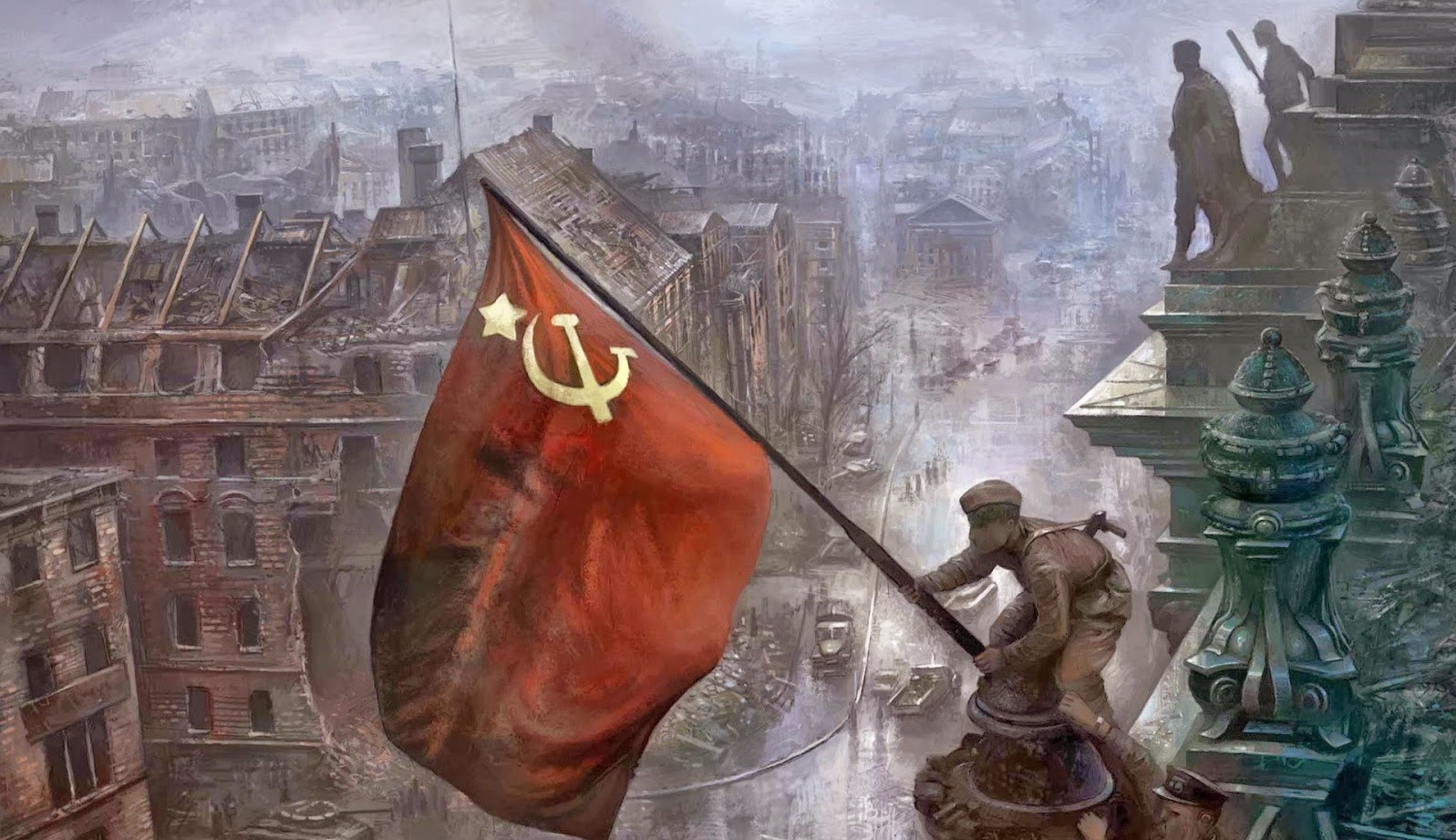 The World War II Soviet flag is beginning to appear across parts of Ukraine ahead of Russia’s May 9 WWII Victory Day celebration.

Russian forces claim to have liberated certain parts of Eastern Ukraine, or as Putin’s remarks suggest ‘denazify’ the region. Slowly, the World War II Soviet flag is beginning to appear in more and more Ukrainian cities.

Ukrainian forces are continuing to resist Russian attacks in the southeastern port city of Mariupol. But the Mariupol will fall soon as the Ukrainians simply don’t have the weapons to fight the Russians.

May 9 has since become a revered holiday in Russia and many parts of Eastern Europe and the flag is an important icon of the victory achieved in defeating Hitler.

As Russian troops bear down on the besieged southeastern port city of Mariupol, Ukrainian President Volodymyr Zelensky has warned his forces don’t have enough “serious and heavy” weapons. Some 120,000 people remain trapped in the city, he said.

Kreminna fell under Russian and Russian-backed separatist control earlier this week, Ukrainian officials said. Russian forces in Ukraine’s Luhansk region have taken central Rubizhne and the nearby village of Kreminna.

The flag was also placed atop the regional council building in the Russian-occupied town of Henichesk in Kherson province. A statue of former Soviet leader Vladimir Lenin was reinstalled in front of the council building earlier this week.