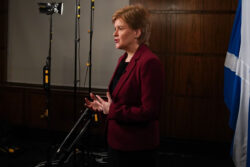 MPs lined up to support Scottish Secretary Alister Jack in the Commons as he laid out the reasons for wielding an unprecedented veto over the SNP’s gender identity shake-up.

Mr Jack said the decision was not taken ‘lightly’ but Westminster could not accept the ‘adverse’ impact on UK-wide equalities law.

Ms Sturgeon has warned it is ‘inevitable’ that she will seek a judicial review of the move, branding it a ‘full-frontal attack’ on Holyrood.

But Conservatives slammed the measures as a ‘pathetic snidey attempt’ to boost the independence drive, and praised Mr Jack for ‘standing up for sex-based rights’.

Former minister Tim Loughton said the row had been ‘confected by the SNP in support of their separatist agenda’.

The stormy scenes in Parliament came after a Green MSP claimed Scotland ‘should be exploring’ whether children as young as eight can decide whether to change gender.

Mr Jack ignored cries of ‘shame’ from a noisy gaggle of SNP MPs in the House this afternoon as he said;: ‘The Government has looked closely at the potential impact of the Bill and I’ve considered all relevant policy and operational implications together with the minister for women and equalities.

‘And it is our assessment that the Bill would have a serious adverse impact among other things on the operation of the Equality Act 2010.

‘Those adverse effects include impacts on the operation of single-sex clubs, associations and schools and protections such as equal pay.’

The Bill would allow trans people to self-identify without a medical diagnosis of gender dysphoria, and lower the minimum age that Scots can legally change their gender from 18 to 16. 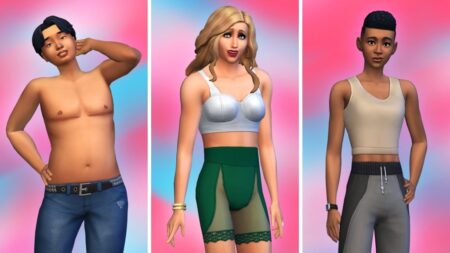 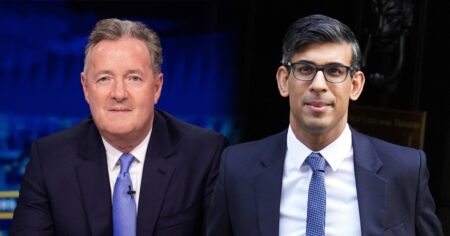