A controversial 2018 tweet from Elon Musk has seen the Tesla owner on the stand, as his fraud trial gets underway.

Musk is on trial after investors in Telsa claimed the tweet – which said he had enough funding secured to take the electric car company private – cost them millions of dollars when a deal did not go ahead.

Musk took to the stand today to claim that he had met with a Saudi Arabia sovereign wealth fund who had indicated they would support a deal.

He added that he would have sold his stake in his SpaceX company to raise money.

Elon Musk is being accused of defrauding investors after he tweeted on 7 August 2018 that he had “funding secured” to take Tesla private at $420  per share, and that “investor support is confirmed”.

That tweet sent shares in Tesla soaring, but weeks later they fell back when Musk confired the plan was no longer going ahead, causing widespread backlash.

US regulator Securities and Exchange Commission (SEC) forced Musk to step down as Tesla’s chairman and had to have any tweets related to Tesla vetted by an independent committee.

Both Musk and Tesla were fined $20m each to settle a claim by the SEC that he had committed securities fraud.

On Monday, Elon Musk told a court in San Francisco that he had met with people from Saudi Arabia’s Public Investment Fund on 31 July 2018.

He told the court that whilst a price for taking Tesla private was not discussed, he claimed that representatives from the fund made it clear they backed a deal.

Musk claims the fund’s governor Yasir Al-Rumayyan then appeared to backpedal on the deal.

“I was very upset because he had been unequivocal in his support for taking Tesla private when we met and now he appeared to be backpedalling,” he said.

Musk was questioned on how he came up with the share price of $420 and if it was related to America’s marijuana culture.

A 2018 filing by the SEC said Mr Musk had calculated the price by taking Tesla’s share price on a particular day and adding a 20% premium. Based on that calculation, the price came to $419.

But, according to the SEC’s legal documents: “He rounded the price up to $420 because he had recently learned about the number’s significance in marijuana culture and thought his girlfriend ‘would find it funny, which admittedly is not a great reason to pick a price’.”

In the USA, the term 420 is said to have come from students in California in the 1970s who used to meet after school at 4:20 pm to smoke and search for cannabis plants.

Later on, 20 April became a day when thousands in the US gather to celebrate.

He added that there was “some karma around 420”, though “I should question whether that is good or bad karma at this point.”

Elon Musk bought Twitter for $44bn last year and told the court on Friday that he did not think that his tweets had affected Tesla’s share price.

“Just because I tweet something does not mean people believe it or will act accordingly,” he told jurors.

He took aim at short-sellers, who are investors that bet that a company’s share price will fall. He told the jurors: “It’s difficult to appreciate just now just how much attack Tesla was under by short-sellers who wanted Tesla to die.”

Elon Musk will continue to testify on Tuesday. The businessman had attempted to move the trail from California to Texas – he claims because of unfair media coverage towards him.

Following his Twitter takeover thousands of workers lost their jobs.

“We don’t think we can get a fair trial in this district, period, full stop,” said Alex Spiro, a lawyer for Mr Musk.

The judge denied the request to move the trial.

“Smart” “genius” and “a little off his rocker” were some of the comments. 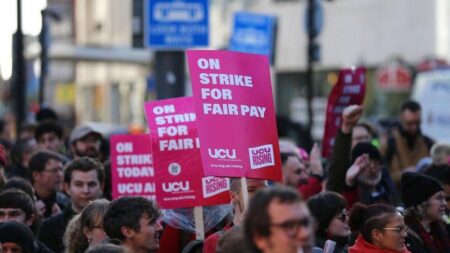