Reaction as Macron wins second term – But France is broken 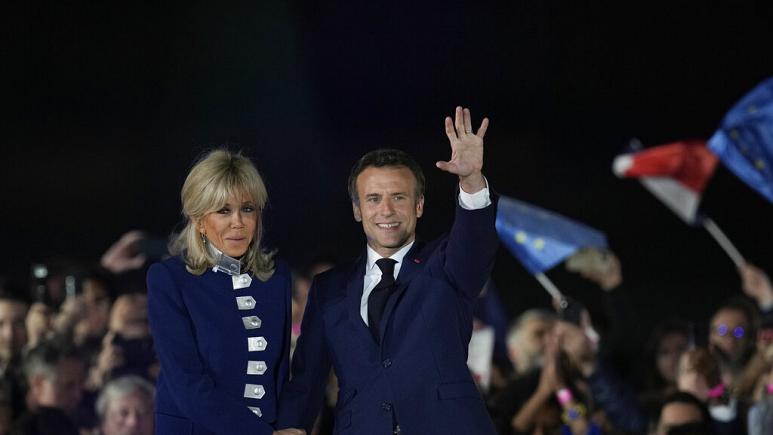 Reaction as Macron wins second term – whilst he revels in victory, he must be thinking about how he will unite a broken France.

French President Emmanuel Macron won re-election on Sunday with 58% of the vote, compared with 41% for far-right candidate Marine Le Pen.

However this election has broken France, less than 40% of the voters, voted for a candidate they wanted, instead, the majority of the turnout was for a candidate, they disliked the least, to prevent the other from coming.

Congratulations came flooding in from across Europe and the world. However, Macron faces many challenges ahead, as he seeks to govern a deeply divided country.

Macron acknowledged that many people voted for him simply to counter Le Pen while commending their “sense of duty” and “attachment to the Republic.”

Le Pen called her score, an increase from 2017, a “resounding victory” and vowed to fight during the legislative elections in June.

Congratulation messages roll in for Macron – But France is broken

Congratulations to @EmmanuelMacron on his re-election. France is our oldest ally and a key partner in addressing global challenges. I look forward to our continued close cooperation — including on supporting Ukraine, defending democracy, and countering climate change.

Congratulations, @EmmanuelMacron. Looking forward to continuing our work together on the issues that matter most to people in Canada and France – from defending democracy, to fighting climate change, to creating good jobs and economic growth for the middle class. pic.twitter.com/RHTBH4dn19

France is broken split, between nationalist ideologies and detesting the idea of Far-right ideologies. The key takeaways from 2022 presidential election for President Emmanuel Macron are at an all-time divided. He must unite and appease the Right as well as the left.

Although he won a clear victory in the high-stakes presidential election that once again pitted him against far-right challenger Marine Le Pen.

But he inherits a fragmented country, with Le Pen increasing her vote share compared with 2017. Macron acknowledged on Sunday that many French people voted for him only to block the far-right from governing the country and not in support of his programme.

“We must, my friends, be benevolent and respectful because our country is steeped in so much doubt and so much division,” Macron said in his victory speech.