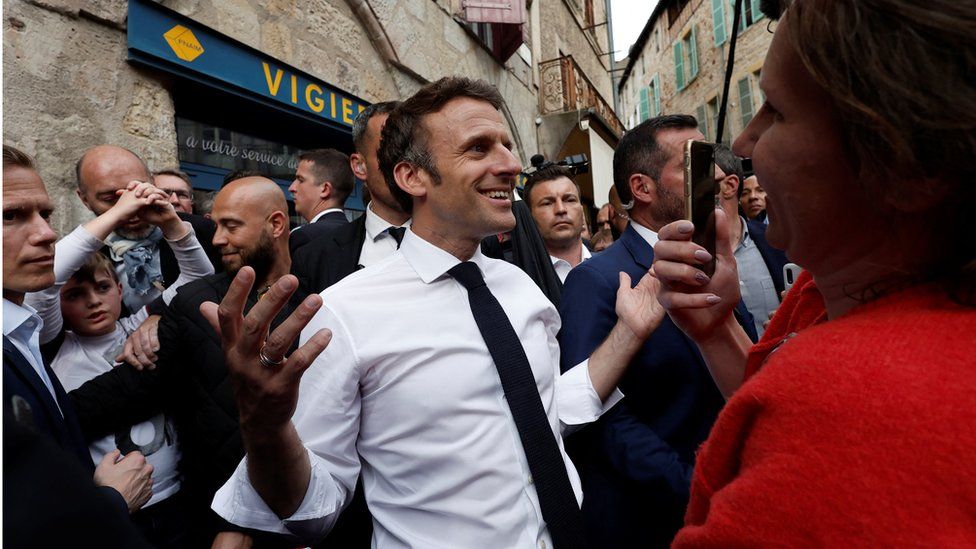 Macron accuses Le Pen’s idea of Europe would mean an end to the EU. French political candidates clash in the final days before the election.

The two candidates fighting for the French presidency have launched bitter attacks on each other in a final bid to win over millions of undecided voters before Sunday’s election.

Centrist Emmanuel Macron is aiming to become the first sitting president to win a second term for 20 years.

Le Pen’s idea of Europe – The end of the EU

“This election is a form of referendum, on secularism and on Europe.” He argues Ms Le Pen’s idea of a “Europe of nations” would mean an end to the EU.

He said Marine Le Pen’s far-right was fuelled by unhappiness and risked a society of hate and fracture.

The number one issue in this election has been the spiralling cost of living, from energy bills and food shopping to the price of filling up a car.

It was identified very early on by the Le Pen team, who promised a government of national unity to attack the high cost of living, as well as a referendum on immigration and a ban on wearing headscarves in public.

Under a highly controversial proposal called Priorité nationale (national priority), she also wants French nationals to be given housing and social services ahead of foreigners.

She wants to take back 620,000 homes for foreign nationals put on the market for families where at least one parent is French. She was initially in favour of holding a referendum on the death penalty before realising it was “anti-constitutional”.

Le Pen’s simple message to voters has been: “It’s Macron or France“

It was proof of his weakness, she said, that he used old insults of extremism.

The opinion polls give the sitting EU president the edge in the second round run-off, but Ms Le Pen’s far-right party has never been this close to power which is why the stakes are so high.

She also said Macron had insulted both her and those who voted for her, Ms Le Pen said France had endured five years of chaos and could rediscover civil peace and respect. “We won’t find it with the same man and the same type of rule,” she said.

Ms Le Pen, at a rally in the city of Arras, accused Mr Macron of “unlimited arrogance”. She said he was soft on immigration and called his economic record “catastrophic”.#eunews #europelatestnews #france #Macron #JeVote #marinelepen2022 #lafrance pic.twitter.com/KmV7PzZM2v