Who is in the cast of Silent Witness season 26? 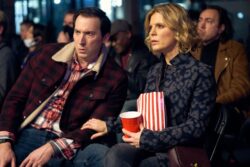 The gritty drama is back for its 26th season and there are some new faces in town (Picture: BBC)

Silent Witness is making its 2023 comeback with a brand new series airing on BBC on Monday, January 1.

The crime drama is about to enter its 26th season and has added some new faces to the old cast who play a squad of the nation’s best investigators.

Set in the world of forensic pathology, the saga follows professionals as they solve crimes up and down the country under the leadership of Dr Nikki Alexander, played by Emilia Fox.

The latest instalment follows an epic finale and gritty 25th run that had audiences gripping the edges of their seats in suspense.

According to producers, the next collection of stories will continue to follow the regular pattern of the two-part stories that are told over consecutive nights.

Who will be returning to the much-loved thriller this year?

The celebrated actress will return to lead the cast as the curious and confident pathologist, Dr Nikki.

After sharing a kiss at the end of the 24th series, in the next season, Emilia’s character enjoyed the beginnings of a fully-fledged relationship with co-worker Jack Hodgson – it’s believed the upcoming run will see how it develops further.

Jack’s relationship with Nikki will be explored in the new season (Picture: BBC)

In season 26, producers are expected to further explore his relationship with Dr Nikki.

Alastair will see his character blossom in the new episodes (Credits: BBC Studios)

Having recently left his Orthodox Jewish community, the new episodes will see the rookie battle his fair share of obstacles.

Gabriel is an academic that has spent the majority of his career in research (Picture: Getty Images)

The Pursuit of Love actor will take on Gabriel, an academic, neurologist and pathologist who has plenty of innovative research under his belt.

Rhiannon May as Cara Connelly

Returning to the latest series as a regular character, Cara made an appearance as Jack’s niece in previous episodes.

Chatting with the BBC about her role, Rhiannon said: ‘It’s exciting that the BBC and Silent Witness want to show a wonderful deaf character.

They want to show her in lots of different lights and take the opportunity to show a lot of different kinds of ways of communicating.’

Will you be tuning into the new series? Comment Now

Alongside a host of familiar faces, the 26th season will invite some guests to add flair to the already tense drama…

Playing Louise Campbell in A Very British Scandal, there’s little information about Sophia’s character other than she will be part of a team investigating the mafia in the first few episodes.

Nadine is fresh from the cast of Sherwood and is said to be an officer on a case during episodes three and four of the new series.

Will Willoughby as Anthony Drinkwater

Will has been speculated to appear as one of the show’s victims (Picture: Getty Images)

Another unknown, there has been speculation that Will’s character may be one of the show’s victims but no details have been released as of yet.

The actress’s previous body of work includes EastEnders, After Life as Penny Spencer-Wright and the soap opera Crossroads.

Kate plays Lucy, a character that gets wrapped up in a case (Picture: Getty Images)

Known for her role in Killing Eve, Kate’s character finds herself wrapped up in the middle of episode four’s main case.


MORE : When is Happy Valley next on? Date and time of next episode


MORE : Who is in the cast of Stonehouse?