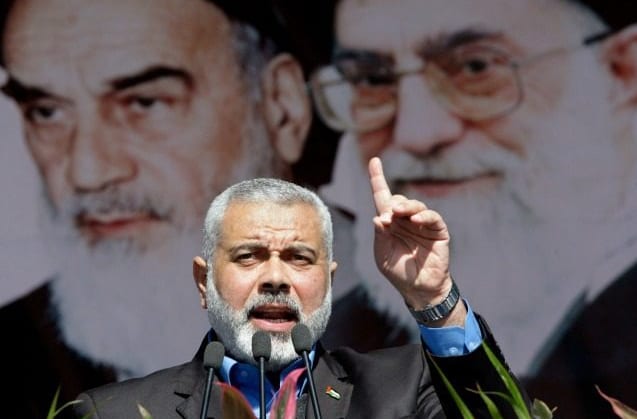 Israeli intelligence officials reckon Hamas and Iran are planning to open a war front against the Zionist State from the southern coastal Strip in the event of conflict breaking out with Iran’s allies on the Jewish state’s northern border.

A senior security speaking to The Haaretz newspaper accused Hamas and the Islamic Jihad group of trying to force Israel to move soldiers and air defence systems to the south at the expense of troops fighting in the north.

Of course, this is all hype, hysteria and nonsense coming from a rogue state which boasts the fifth-largest military in the world. When you have a country which isn’t even the size of a South African game reserve and a huge army with an abundance of hardware and nukes, such logistics don’t pose any sort of headache.

The report says that Israeli intelligence sources believe Iran has increased its involvement in the Strip in order to turn Hamas into its operational arm against Israel. The truth is Hamas’s armed wing is always on a permanent war footing because of the aggression constantly shown by Israel.

Haniyeh, briefing a group of Turkish journalists, was trying to draw global attention to the fact that Israel is the cause of unrest in the region that has been promoting wars and not the Palestinian people struggling under a brutal occupation. He, in fact, stressed that Hamas is not against any diplomatic or political solution to the Palestinian issue.

However, the group has always insisted it has a right to fire missiles toward Israel, in the event of an attack ordered by the Tel Aviv government.

Hussam al-Dajani, a professor of political science at Al-Ummah University in Gaza, told Al-Monitor, “Haniyeh made these statements to remind the world that the movement is not seeking to disrupt the political process and is ready to be part of a political system at the national and international levels, if a Palestinian state is recognized alongside the 1967 borders.

“This reflects the group political maturity, upholding the national strategic vision, which is the common denominator among Palestinian factions. Hamas is trying to present and promote itself as part of a solution, not the problem,” Dajani said.

He added that Haniyeh’s mention of the missiles was meant to say that the movement has a trump card up its sleeve (in case of an Israeli attack). Maybe the time has come when Israel should start thinking the unthinkable and open peace talks with a view to making concessions to the Palestinians. Planning for peace is a far more productive way ahead than planning for war!