Lena Dunham is ‘so f***ing sick’ of the pressure to keep ‘trying to be better’: ‘New year, same me’ 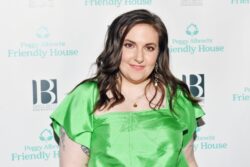 Lena Dunham has admitted she’s ‘so f***ing sick of trying’ to be better as she looks ahead to 2023.

The 36-year-old Girls star shared a lengthy and reflective post on Instagram to mark the new year and revealed how a post-Christmas exchange with a woman ahead of her in the queue at the pharmacy looking for ‘nicotine replacement options’.

She wrote: ‘Finally she turned to me, holding both the patches and lozenges she had bought, smiled sheepishly and said “you’ve gotta try, right?”

‘That does seem to be the spirit of this holiday, waking up not only to a new year but a new you, transformed from the inside out. You’ve gotta try, right?

‘But I’ve been dogged by a feeling, as real as any of the parts of myself I “should” be remodeling: I’m so f***ing sick of trying. I’m not sick of doing, or being, or any other action verbs.’

Lena admitted that for her, hearing the word ‘trying’ simply ‘evokes a hamster wheel, running and running only to find yourself still here, still stuck or in pain or in fear’.

She noted there was always the need for a balance, including being ‘sunny, but not cloying, healthy but not obsessive, honest but not offensive, trusting but not gullible’.

And while she’s attempted to be ‘tidy’ while finding a why to ‘express’ herself, or ‘powerful but non-threatening’, she feels like she’s ‘failed’.

She continued: ‘And every time I’ve failed, I’ve said: “I’m trying.” Trying to squeeze through the narrow corridor of good habits and successful resolutions. But if at once you don’t succeed, what if you didn’t have to try but could just *be* again?

‘It’s not giving up- it’s giving in to who you are and what your actual gifts are, your true powers, letting go of the compare and contrast. Maybe that starts with the language we use to describe our efforts.’

With that, Lena has instead gone with the mantra ‘new year same me’, and re-introduced herself to her followers.

She said: ‘I live to write, I have an uncanny knack for names I don’t need to remember, there are eight different shades of green paint in my house and I’ve listened to Prince and wept at least once a month in 2022.

‘I tried to allocate my time thoughtfully, greet the day with enthusiasm and not get snippy with my mother. I tried to sleep before midnight and clear my mind by walking. By the metric of trying, I failed.


MORE : Lena Dunham: ‘I would have loved an intimacy coordinator on Girls’


MORE : Lena Dunham lost Riding in Cars with Boys part aged 12 because she refused to ‘smile on command’

The Girls star gives her thoughts on the year ahead. The Independent – Victim killed every three days by offenders on watchlist 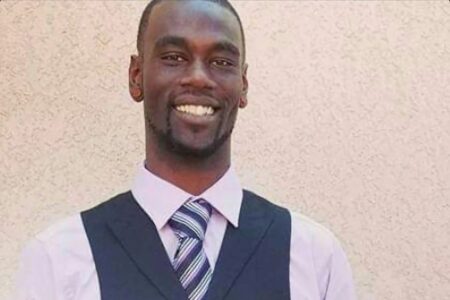