Kanye West has a long history of problematic behaviour – his latest far-right and antisemitic tirades have caused an uproar. But West will argue it’s just left-wing liberals trying to silence and control him.

Here we break down his most recent controversy and how he’s defended his latest antics.

Kanye West has a long history of problematic behaviour – his latest far-right and antisemitic tirades have caused an uproar. But West will argue it’s just left-wing liberals trying to silence and control him.

A lot has happened in the past month for Ye – the artist formally known as Kanye West.

He has been suspended from Twitter after tweeting he was going to go “death con 3 ON JEWISH PEOPLE”.

He upset plenty of Americans when he was pictured wearing a “White Lives Matter” shirt – which he debuted at his Paris Fashion Show, a move that has seemingly has tarnished his reputation in the fashion industry.

He’s repeatedly doubled down on his comments, repeating antisemitic talking points as well as the debunked claims that George Floyd died of a drug overdose.

It’s been reported he’s getting ready to buy the far-right social media platform Parler and looks set to face a lawsuit from the family of George Floyd.

Kanye has a long history of problematic behaviour – including comparing himself to Hitler and saying slavery was a choice, but his recent behaviour appears to be the most disturbing yet. From his online harassment of his former wife to his rants about Jewish people, his behaviour seems more dangerous than ever.

Most of his behaviour appears to stem from a lack of education and a desire to shock people. Put simply Kanye West will do anything to stay relevant. He believes himself to be a genius – clearly, he’s not. He’s a man so desperate for attention he will say and do anything and as such, there is little surprise he’s fallen into the extreme of the right.

Following widespread backlash over his antisemitic comments, Ye has appeared on a number of right-wing and conservative shows to defend himself.

In the days leading up to a Chris Cuomo appearance, Ye doubled down on his anti-Semitic comments on Tucker Carlson‘s Fox News Show as well as Drink Champs (the latter show’s host, N.O.R.E, later said he regretted having Ye on as a guest).

On Cuomo, Ye once again asserted his stance by claiming that Jewish people make up a majority of music executives and yield an agenda exercised by taking control of musicians such as himself. “This is not hate speech,” he insisted to Cuomo. “This is the truth. If you say anything out of the line with the agenda, then your career could be over.”

“There’s so many Black musicians signed to Jewish record labels and those Jewish record labels take ownership … of the culture itself,” he added. “It’s like a modern day slavery, and I’m calling it out. That’s what ‘death con 3’ meant. It didn’t mean I wished any harm on my fellow Jewish people.”

“Look, there is no Jewish media, cabal, mafia. That is a figment of either your imagination or a projection of a prejudice,” Cuomo shot back. “You may have had bad business dealings with people — it’s about those people. It’s not about their religion or faith. And I know that you’re intelligent and understand that when you target people because of their faith, other people may do so the same.”

Kanye said his political differences with his ex-wife led to their divorce and discussed what he called the ‘left agenda’ and how his celebrity friends were used in pushing the Covid-19 vaccine.

“My family was torn apart off of my political opinion because of my ex-wife’s attachment to the Clinton administration,” he told an astonished Cuomo, also claiming that former pals John Legend and Chrissy Tiegen are also part of the “left agenda.”

“They were getting my ex-wife to push the vaccination — I didn’t realize how attached [the Kardashians] were to the left agenda when I was there.”

‘Black Lives Matter was a scam’

Ye’s White Lives Matter shirts saw plenty of backlash from celebrities such as Jaden Smith who walked out of the show and Karefa-Johnson, Vogue’s global fashion editor at large. She said that “the t-shirts this man conceived, produced, and shared with the world are pure violence” and “there is no excuse, there is no art here.”

“Everyone knows that Black Lives Matter was a scam” he posted online. “Now its over You’re welcome,” he added.

She wrote in her Instagram stories, “The past 24 hours has allowed me to realize that most of y’all are stuck in a hive mind mentality. You do what the group tells you to do & think what the group tells you to think. Witnessing someone break free from ‘the agenda’ sends you all into such a panic that you will do whatever it takes to force them back into the box that you feel they should exist in.”

On why he wore the shirt, Ye said via Instagram: “Here’s my latest response when people ask me why I made a tee that says white lives matter… THEY DO.”

MINNEAPOLIS — The mother of George Floyd’s daughter, Gianna, is suing Kanye West for $250 million dollars after the rapper claimed Floyd died of a fentanyl overdose while appearing on a popular podcast called “Drink Champs.”
Why is Kanye mad at Adidas?

Why is Kanye mad at Adidas?

Why is Kanye West angry at Adidas? Ye believes that the higher-ups at Adidas are making decisions about his Yeezy brand without his approval. Further, he’s convinced they’re stealing his design ideas and slapping them on Adidas-branded shoes
Why does Kanye West Call Pete Davidson Skete? 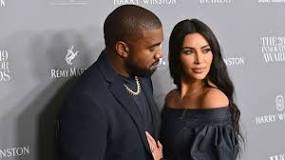 Skete is Kanye’s nickname for Pete as the two words rhyme.

According to Urban Dictionary, ‘Skete’ means, “A pale, skinny white dude who’s banging your ex”, although this description was only added once Kanye had made a point of the nickname so is unlikely to be an intended meaning. 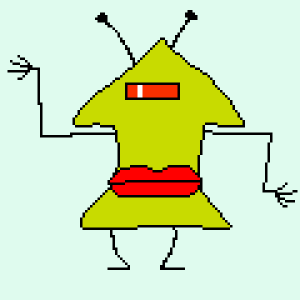