The fans were ready to riot this week when Celine Dion was left off a list of the top 200 singers of all time, but Gene Simmons thinks it’s really not that deep.

The Kiss icon, who was also not included on Rolling Stone’s list of 200 Greatest Singers Of All Time, says entertainers shouldn’t give two hoots if they are on such round-ups.

Addressing the piece, the 73-year-old bassist branded the new league table – updated from the publication’s 2008 version – ‘skewed’ after he, Celine, and other legends, including Cher, were left out of the rankings.

He said: ‘It’s skewed – but you have to consider who’s popular and who’s not, but if you really think about it, how good somebody sings may be part and parcel of what they do.

Gene, who said Ozzy Osbourne’s place far down the list ‘was a crime’, also poured scorn on the way magazine lists are turned out, adding to TMZ: ‘Somebody sits in a back room and they decide this – nobody asked me.

Celine Dion was left off the list and you better bet that’s riled up the punters (Picture: AFP via Getty Images)

‘I don’t give a f**k. If you’ve got success, that’s enough… accolades and all that… you get that at a concert when fans come up.

‘To be in a poll by a magazine by people in a back room, I don’t know much that means.’

Do you think the list got it wrong with Celine and Gene?Comment Now

The list has caused outcry since it was published on New Year’s day, with fans of My Heart Will Go On singer Celine in uproar she wasn’t included.

The list starts with spot 200 (naturally) which was taken by Rosalía, before moving on to Misfits’ Glenn Danzig and Billie Eilish in 198th.


MORE : Diane Warren is fuming Celine Dion was left off best singers of all time list 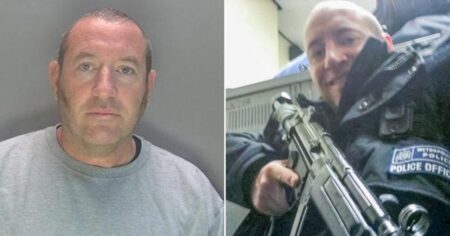