BBC News says the government is facing questions over coronavirus vaccine supply after warnings of a significant reduction.

It is understood a delivery of millions of doses of the Oxford jab,  has been held up by four weeks.

The NHS warned of a reduction in supply in England in April. The Department of Health insists it is still on track to offer a first dose to all adults by the end of July.

The Guardian says delaying the winter lockdown caused up to 27,000 extra deaths in England, the Resolution Foundation thinktank has claimed as it accused the government of a “huge mistake” which should be central to any public inquiry into the UK’s handling of the pandemic.

It said delaying lockdown 3 until January, despite evidence of fast-rising cases before Christmas, led to around a fifth of all fatalities caused by the virus. It said these could have been avoided if restrictions were put in place quickly enough to prevent the death rate rising from early December.

France24 says with summer looming and tourism-reliant countries anxiously waiting for the return of a steady influx of visitors amid the pandemic, the EU presented a proposal that would allow the bloc’s 450 million people — vaccinated or not — to travel freely across the 27-nation bloc by the summer.

The plan, which will be discussed next week during a summit of EU leaders, foresees the creation of vaccine certificates aimed at facilitating travel from one member state to the other.

RT News says Saad Hariri, has been handed a dramatic ultimatum by the country’s president – to either form a new cabinet or quit, as the country remains paralyzed by a deep-seated economic crisis.

President Michel Aoun put Hariri on notice during a televised speech as he said the latter must form a government “without excuses or delays” in the hope of “saving Lebanon.”

“If Prime Minister-designate Hariri finds himself unable to form a government…, he should make way for those who are,” Aoun said.

Atlanta Shooting: ‘What we were afraid of’: Asian American women condemn attacks

Aljazeera says authorities have charged the alleged gunman with eight counts of murder and one count of aggravated assault in relation to the Atlanta shooting in three separate places.

Police told reporters the 21-year-old suspect told them he was “not racially motivated” but that he saw the establishments as “temptation” because of a sex addiction.

But Asian American leaders and experts say racism and stereotypes against Asian women played a role in the attacks, which have deepened an already widespread sense of fear within the community.

TRT World says Covid-19 appears likely to develop into a seasonal disease, the UN, cautioning though against relaxing pandemic-related measures simply based on meteorological factors.

In its first report, an expert team tasked with trying to shed light on one of those mysteries by examining potential meteorological and air quality influences on the spread of Covid-19 found some indications the disease would develop into a seasonal menace.

VOA says the FBI says it received a record number of complaints from the public last year about cybercrimes, including scams related to  COVID-19, costing Americans a staggering $4.2 billion in losses.

The FBI received 791,790 complaints in 2020, an increase of 69% over 2019 and the largest number since the centre was created two decades ago, the bureau said in a report released Wednesday.

Parts of Scotland will be dry, bright and exceptionally mild today, with hazy sunshine. Northern Scotland, as well as eastern England, will be cloudy and dull, with light rain and drizzle.

Tonight, areas of drizzle will persist for a time in eastern areas of England, clearing southwards through the night to leave the odd lingering shower. Remaining largely dry but cloudy elsewhere.

art doesn’t have to be perfect, you just have to create

Accurate picture of me rn after reading about brad pitt... pic.twitter.com/z0Xma1esqw

Timeline to tragedy: Caroline Flack, her life and death

The lowdown on the Papers

A look at how the papers are reporting on the EU threatening to block exports of Covid vaccines.

Metro headline reads: “We’ll grab your jabs” which says the EU has threatened to block exports of Covid vaccines. The paper says that despite several EU countries halting the use of Oxford-AstraZeneca jabs, Ursula von der Leyen says the company has slashed the number of UK-made vaccines it will deliver to the bloc. – Metro

A vaccine shortage is “to paralyse rollout”, meaning under-50s will have to wait for their jabs. Sources tell the paper that manufacturing issues mean the supply of vaccines will largely be used for second doses for those who have already received a first jab. – The Telegraph

The vaccine row is proof that the “EU will never let it go” and describes Ursula von der Leyen’s threat to stop shipments of vaccines to the UK as “highly provocative”. – Daily Express

The Financial Times says it’s a “big setback” for a programme it calls “one of the few successes” of Boris Johnson’s response to the pandemic. Paper adds there may be further trouble ahead – as officials in Whitehall are concerned about “significant manufacturing issues” with the Moderna vaccine, which was due to roll out in the spring. – FT News

The i descrived the expected drop in vaccine supplies in England next month as a “Surprise slump”. A source says they had no advance warning of the impending slowdown – inews

While government sources tell the Guardian that the “looming squeeze” in the availability of the Oxford-AstraZeneca jab is “far worse than predicted”. – The Guardian

An inquest into Sarah Everard’s death will open on Thursday with proceedings starting in Kent during an attempt to discover what happened to the 33-year-old.

This follows a second post-mortem examination carried out on Ms Everard’s body after the first proving to be inconclusive.

The inquest will begin at County Hall in Maidstone, Kent at 9:30 am with other parts of Kent also being searched in an attempt to find any clues. – The Independent

A long-awaited report on church officials’ handling of past cases of sexual abuse in Cologne, Germany’s most powerful Catholic diocese, is to be released on Thursday.

Woelki has cited legal concerns about publishing the study conducted by a law firm. – Euronews

Who Is the Atlanta Shooting Suspect?

The man suspected of killing eight people, mostly women of Asian descent, at three massage parlours in the southeastern U.S. state of Georgia has been identified as Robert Aaron Long of Woodstock, a city 48 kilometres northwest of Atlanta.

Six of the eight people who were shot to death were Asian Americans, raising the spectre that the 21-year-old white suspect committed hate crimes against Asian Americans.

But Long, who is in custody facing murder charges, claims the killings were not racially motivated. – VOA

The Jordan labour ministry closed its main office in Amman and suspended work there on Thursday after some employees tested positive for coronavirus.

“The closure will only be at the ministry’s main headquarters,” the ministry said in a statement reported by state agency Petra, as workers undergo COVID-19 tests and the office premises sterilized to ensure public safety. – Arab News

Nobel peace laureate Aung San Suu Kyi was overthrown and detained in a Feb 1 military coup that triggered mass protests across the country that the security forces have struggled to suppress with increasingly violent tactics. – CNA

He died on Wednesday from heart complications at a hospital in Dar es Salaam, Samia Suluhu Hassan said in an address on state television.

Magufuli had not been seen in public for more than two weeks, and rumours have been circulating about his health. – BBC World 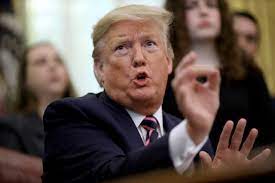 Disney parks to re-open – but no screaming please – Read on

COVID-19: EU ‘digital green certificates’ could allow Britons to holiday in Europe this summer – Read on 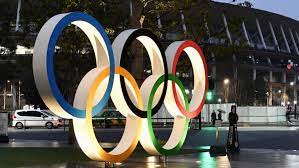 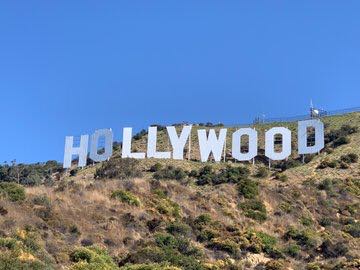